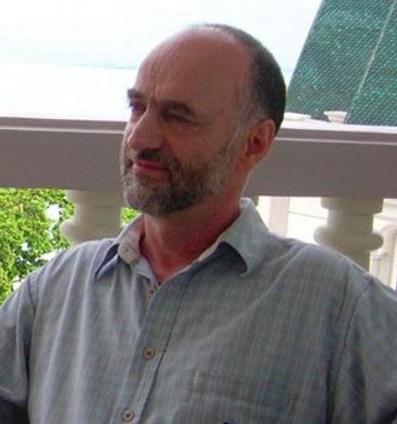 It breaks my heart to announce the passing on May 19th in Taiwan of my dear friend of over 40 years, Robin Munro. I am posting this mini-obituary (a full one will follow in due course) here because of Robin’s contributions to China and China studies. [JUNE 18: The full obituary is here [permanent link].]

Robin was a passionate and committed human rights activist, but crucially he was also a meticulous and gifted scholar. Some people work on the individual level, some on the systemic level. Robin did both. Many individuals owe to Robin’s unstinting efforts on their behalf the fact that they are not in jail in China (or worse). Painting on a larger canvas, Robin identified and wrote pathbreaking reports on key human rights issues in China: among others, psychiatric abuse, abuses in orphanages, and organ harvesting. He was there first. And his reports were meticulously and irrefutably documented with Chinese sources. (Check out this colloquy with his critics in which — perhaps I am biased — he pretty clearly comes out on top.)

I think that a key part of Robin’s success as an activist was his sense of responsibility, as a scholar, to the truth as supported by evidence. Despite his passion — who could make a career out of human rights activism without passion? — he never exaggerated. Here he is writing that the June 4th massacre (which he personally witnessed) was indeed a massacre, but was not a massacre of students and did not take place in Tiananmen Square, and why that is significant. This is why when he told journalists or government officials that something was happening, they could have confidence that it was the truth.

In an era when the term “Renaissance man” is overused — I once heard David Byrne described as such pretty much because not only did he write songs, but he also sang songs, produced songs, and recorded songs — I think Robin truly fit the description. In addition to being both an activist and a scholar (earning a Ph.D. at the School of Oriental & African Studies, for those who want an official seal of approval), he was a tremendously talented guitarist, largely in the realm of folk music, and a keen student of music history and lover of all kinds of music, from Josquin des Prez to Schoenberg and beyond. He spent many happy hours tinkering with his audio system at home, eagerly telling me of the latest upgrade. It was indeed a revelation to me when I first heard the system he had set up in his home in Taiwan, which could make even the Barney song sound exquisite, and it’s because of Robin that I now listen mostly to vinyl records through a vacuum tube amplifier. He was also skilled with his hands, from rebuilding guitars to outdoor projects.

I should not leave unsaid that Robin was a devoted husband to his equally devoted wife, Pao-lien, a talented writer. As many others have told me and as I know myself, visiting them was always a pleasure.

In the few hours since I posted the news of Robin’s passing on Twitter and within the China studies community, I have seen many tributes from those who worked with him, sought his knowledge as journalists, or learned from him as junior colleagues. What really comes through in all these messages is the sense of his integrity and his decency. I don’t know if I would describe Robin as an especially charismatic character; I don’t know what you would think if you had only a passing acquaintance, and he certainly did not shy away from an argument (which I am in no position to consider a character flaw). But everyone who got to know him — at least, everyone who shared his basic values — came to appreciate that, in Shakespeare’s words, “His life was gentle, and the elements mixed so well in him that Nature might stand up and say to all the world, ‘This was a man.'”