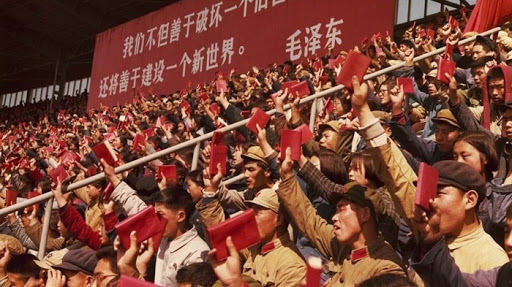 Prof. Clarke’s recent post show that the acquittal rates in 1966-1969 were nearly 25 times higher than that of 2013-2016. Does that mean China’s courts were more autonomous then than they are now?

In a recent post on this forum, Professor Donald Clarke shared some interesting findings regarding the historical trend of the acquittal rates in China, based on aggregated national data that is officially released by the people’s courts. Clarke’s findings show that although the acquittal rates had fluctuated over the years, the general trend is simple and clear: the “acquittal rates were higher in the Mao era than in the post-Mao era, and have been historically and extremely low in the last several years”, as stated in his blogpost.

Then, having looked at the acquittal rates in the US, Taiwan, Japan and South Korean, Professor Clarke rightfully reminded us that if a criminal justice system has a low acquittal rate, it doesn’t necessarily mean that this system “railroads all suspects”. Rather, it could be that “the system makes an efficient and good-faith determination of guilt before the stage labeled “trial” so that the non-guilty never get that far”.

Nevertheless, said by Clarke, “a high acquittal rate … would be evidence that judges and prosecutors/police aren’t in bed together”. Consequently, he concluded that the most probable cause for the higher acquittal rates in Mao’s era is because “there was much less coordination between the courts on the one hand and prosecutors and police on the other during the Mao era than there is today.”

I don’t often disagree with Professor Clarke’s expert opinions on Chinese law. However, on this rare occasion, I do. What I disagree is NOT his assertion of a positive causal relation between the institutional behavior of courts (as the condition), specifically, whether it is in cahoots with prosecutors and the police, and the possibility of a decision to acquit the defendant (as the deduction). In other words, I agree with Professor Clarke that if a court is “in” it with the prosecutor/police, then it is less likely to acquit the defendant. However, it becomes problematic when one reverses this causal relation, thinking that courts must have had more autonomy vis a vis the prosecutors and the police 60 years ago (deduction) just because the acquittal rates were higher at that time than they are now (condition).

Why do I think this conclusion is wrong?

Take the acquittal rates during the Cultural Revolution in 1966-1969 for instance. According to Professor Clarke’s blogpost, the acquittal rates in 1966-1969 were 1%, 2.72%, 2.02%, 2.24% respectively, which is nearly 25 times higher than that of the last four years in 2013-2016, according to the same dataset. Does that mean that China’s courts were that much more distant and autonomous from prosecutors and the police than they are now?

For obvious reasons, I will not suggest to measure the “snugness” between courts, procuratorates and the police in quantitative terms here. However, qualitative information alone should establish the fact that courts were as “together” with procuratorates and police as it could get in the said period.

During Mao’s era, after waves of political purges against liberal thoughts and professionalism, the Party was committed to the belief that procedural separation between the investigation, prosecution and adjudication of criminal suspects is more a hindrance than benefit for achieving the exalted communist goals. Starting from the 1960s, the Party began to tear down procedural barriers between the police and the procuratorates. For instance, in 1964 the Supreme People’s Court, the Supreme People’s Procuratorate, the Ministry of Public Security jointly issued a notice 关于管制适用的对象和管制的法律手续问题的联合通知, which authorized the police to prosecute criminal suspects without the involvement of procuratorates for misdemeanors that are eligible for the punishment of rehabilitation under mass supervision. Not long after, even the police were considered too much a hindrance for the advancement of the Cultural Revolution. Instigated red rebels took it as their mission to “smash the police, procuratorates and courts” and to seize power from the party committees of the latter. While their success of power seizure varied from region to region and institution to institution, at the end of 1967 a decision was made by the Party that the police, procuratorates and courts were all to join together (in order to achieve “revolutionary grand collaboration”) and be placed under the control of the military. Thus, decisions on the investigation, interrogation, prosecution and adjudications of anti-revolutionaries (by that time pretty much all criminal activities were considered anti-revolutionary in nature) were all meshed into one single procedure determined by the military control office of the mass organizations and later revolutionary committees.

In contrast, the criminal justice system in China today is handled by three different institutions, with entirely different staff, who work at separated workplaces, perform distinctive functions and are subject to different operational guidelines and protocols corresponding to that function. Despite the fact that all these three institutions are controlled by the same institution, i.e. the Party, who feels no problem and even necessary to break the procedural barriers placed between these institutions and compel them to coordinate their acts so as to ensure the production of the desired outcome in selected cases, the functional segregation between criminal investigation, prosecution and adjudication is still generally upheld both by law and practice. Even though China’s courts today still portray more judicial dependence than independence and are structurally beholden to higher powers as well as corruption, this feature of functional segregation is nevertheless salient enough both in normative and practical senses to set them apart from the state of “revolutionary collaboration” that they were subject to during the Cultural Revolution.

Then, there is still one inevitable question left: how to explain the high acquittal rates in 1966-1969 if courts were not only “in bed” with the prosecution but also pretty much wearing the same clothes? Unfortunately, the same as debates on any other topics – it is much easier to poke holes in other people’s postulations than formulating one’s own – at this point of time, I cannot provide any answer with certainty. Because to address the question properly, one needs to invest sufficient time to examine closely the sources and credibility of the data and to break down the aggregated number to different categories of crimes that the data is gathered to present, to start with.

Lastly, in order to augment my constructive contribution to this topic, I would like to share something that I found very interesting but not discussed in Professor Clarke’s blogpost. According to the data presented at the said post, it is not only the acquittal rates but also the volume of criminal cases that had fluctuated in early PRC. As we can see, whilst the caseload volume has maintained a very low volatility since 1985, it jumped up and down like a roller coaster between 1951-1970.

All these questions warrant a serious research paper, which I hope to read before too long.