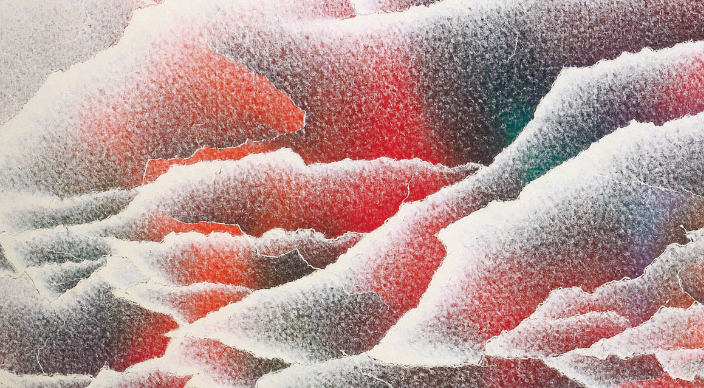 A conversation between Carl Minzner and Ling Li

Carl Minzner and I discussed about what it might mean when personalistic politics continues in China and the possibility of another mass mobilization, Cultural-Revolution style. The conversation started on Twitter last week and then expanded to touch upon other topics that have become too complicated for me to reflect on in tweets. So I put them together here, with Carl’s consent.

Some thoughts on why Xi Jinping’s new article in the flagship CCP Party ideological journal Qiushi is a *big* deal. [h/t to @niubi, who flagged this in his Sinocism newsletter.]

First, because Party propaganda says it is. It was heavily promoted on all of China’s major state media channels when it was issued – CCTV evening news, Xinhua, People’s Daily, etc. Everywhere.  That’s one of the propaganda strategies Party authorities adopt when they want to “flood the zone” with a particular piece deemed important.

Second, because it’s not actually an “article” in any meaningful sense of the word. Instead, it’s just a series of 18 extended quotes strung together from Xi Jinping’s speeches and reports over the past seven years. Anyone remember the layout of Mao’s little Red Book? Right – it’s like that. Compile the words uttered by the top leader and put them out there.

Third, because it is utterly clear where this is going. Sure, the thrust of the “article” (i.e. Xi quotes) is about Party leadership.  But the REAL thrust of this is about Xi. Look at the language in the accompanying explanatory piece by the Qiushi editors.

That looks really clear. As Beijing moves towards the fall Party plenum – this is a call for China to swing even more clearly back towards a form of single-man rule that we had thought was dead and buried with the birth of the reform era.

Why might that be important? My take from the 2019 epilogue of my book (End of an Era: How China’s Authoritarian Revival is Undermining Its Rise) :

“Keep an eye out for any sign that Party institutions themselves are being marginalized. Since 1978, we have become accustomed to China’s leaders exercising power through more regularized channels – say, the national Party Congresses held every 5 years. But think back to the Maoist era. Remember those long stretches of time in which nominally authoritative Party organs simply faded into the reflected glory of Mao himself.”

And it feels to me like we might be entering into a period where the boundaries between “Xi” and “the Party” begin to get increasingly unclear.

Incisive analysis by @CarlMinzner. Yes, the “Xi-core-ism” is more pronounced than ever. But assuming Xi will have succeeded to bag the Party-chairmanship at or before the 20th Party Congress in 2022, where would he go from there? Isn’t he already the “Chairman of Everything”?

One of the critical factors that compelled Mao to launch the Cultural Revolution was that he had a lot of axes to grind, Liu Shaoqi in particular. Liu openly challenged Mao’s authority at the 7000-person conference in 1962 by pointing out that 30% percent of the accountability for the Great Famine was attributable to “(disastrous) human mistakes”. Mao was cornered to the point that he had to admit before more than 7,000 party representatives who came from all corners of the country that he “lacked knowledge” on economic construction issues and he should be “the first person responsible” for the mistakes committed by the Party Center. For a proud political leader like Mao, who believed in the principle that an emperor should never openly admit guilt, being compelled to admit mistakes before a vast audience of subordinates must have felt like an existential threat, a threat so serious that it justified the launch of Cultural Revolution to counter it.

Who is the Xi’s Liu Shaoqi? Who is challenging Xi’s authority within the Party today?

Nobody. No person at the equivalent position of Liu Shaoqi vis a vis Xi has shown that sort of political ambition, as far as we can observe. When the pandemic broke out in Wuhan earlier this year, it looked for a moment that a leadership crisis was possible. However, Xi had skillfully turned a crisis of public health and trust in his leadership into an opportunity to propagandize authoritarian strength, in part, thanks to the initial mismanagement of the pandemic in Western countries, in particular, the US.

On the other hand, it is likely that despite his successful advanced consolidation of power and despite the absence of a direct challenge to his leadership, Xi might still have not reached a position that would allow him to command absolute or near absolute loyalty from his subordinates, for instance, to overcome compliance issues such as deceptive compliance, selective implementation of instructions etc. But the question is can that be changed by adding another title to himself?

I agree with Carl that the Qiushi essay intends to send a signal. I can see it works towards extending Xi’s tenure for a 3rd, 4th term or life but can’t see the rationale how the new title can further expand his power that seems already maximized. But, maybe it is the other way around: it is difficult to justify a life tenure for the office of the General Party-Secretary because it breaks the norm; but if and when Xi is promoted to the Party Chairman, the practice of life tenure will be easier to justify since Mao had already established it as a precedent. So, what the Party theorists need to work on between now and 2022 is to justify that promotion.

Xi vis a vis The Party

The primary way I can imagine Xi’s power getting expanded is a scenario in which the institution of “the Party” itself begins to get cannibalized in name of Xi himself.

[Note: this is really dark. Has major implications for political instability. But I think we’re in that zone now.]

I can imagine two ways in which this might happen.

First, resort to bottom-up mobilization. That’s the Cultural Revolution analogy. You’d need to see the top leader calling the disgruntled in society into the streets to attack his enemies – perceived or real. And of course, there’s *zero* sign at the moment of that happening. Everything at the moment appears to be top down. At least so far …

The second possibility would be a more top-down effort. Say, remodelling core Party institutions to clarify that their role is to enforce – not simply Party (i.e. institutional) rules – but something closer to “Xi’ism/Xi thought.” That would be the way which one might seek to send tremors through the entire Chinese Party bureaucracy and orient a massive apparatus to be more attentive to the will of a single individual rather than other actors/institutions.

Of course, in order for that to happen, you’d have to see some big moves in key bureaucracies in China. Say, the central disciplinary inspection apparatus. Or the Party politics and law committees. You’d expect to see some kind of sign that those were getting remodelled to ferret out – not just corruption or anti-Party sentiment – but active disloyalty or insufficient attention within the Party to the top leader (i.e., “anti-Xi thought” or “unorganized political activity”). But where might be the right place to look for indications that this might be taking place?

Oh, wait, I know a scholar in Vienna who is looking at precisely some of these trends.

See this one: Politics of Anticorruption in China: Paradigm Change of the Party’s Disciplinary Regime 2012-2017

Or this one: New Political-Legal Rectification Campaign 2020-2021

My gut tells me that both the Qiushi piece and parts of the bureaucratic shifts that you are looking at are skirmishes in a deeper bureaucratic struggle tied to the core political challenge at the heart of China’s one-Party system.

Namely: the role of the top leader vis a vis the Party as an institution.

It’s not totally clear how all turns out. There’s inertia. There’s resistance. There are conflicting pressures to try to strengthen the Party as an institution. However, I’ve got a real sick feeling in my stomach watching all this.

When Xi is promoted to the Party Chairman, what next?

Will we see another Cultural Revolution in China under Xi’s rule? I doubt it. The top-down approach, yes, absolutely. Xi will double down on it, at least in the lead-up to the 20th Party Congress. But the bottom-up approach bears its own costs and risk: once started, it can veer into unknown directions and might even devour the person who unleashes it. That is why Mao halted the bottom-up power seizure only two years after the Cultural Revolution was started. More importantly, even for Mao, the bottom-up approach was a weak substitute for the top-down approach: he saw no other choices because Liu Shaoqi and many of his followers were a major part of the top Party leadership and could not be easily removed with a top-down approach. So, my point is: if there is no significant challenge to Xi’s leadership from the Politburo, another Cultural Revolution will be unnecessary.

As to the elevation of the office of a single person (Party Chairman) over the Party institution (Politburo and its standing committee), I can think of two possible implications: first, it may provide Chairman Xi the official authority to interfere in the decision-making of all policy sectors whenever necessary whereas previously a division of labor among members of the Politburo Standing Committee applies; second, if Chairman Xi observes history, he will probably follow a first-line and second-line division of leadership (like what Mao and Deng did, however half-heartedly), introducing some trusted younger leaders to handle routine administrative affairs (while reserving the veto power himself) so that he could concentrate on strategizing on matters of greater political significance.

1 thought on “Cultural Revolution, Again? What next approaching 2022?”