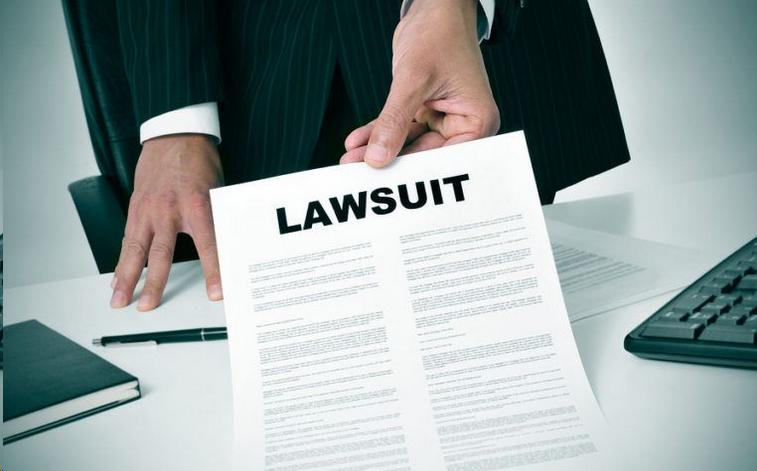 The latest news [Reuters in English | Xinhua in Chinese] is that unidentified companies from Xinjiang have—no doubt at state direction—filed a lawsuit in a Xinjiang court against researcher Adrian Zenz. This is a civil suit seeking compensation for damages allegedly caused by Zenz’s published research regarding crimes against humanity and arguably genocide being committed in Xinjiang by the Chinese state and its agents. The theory of the lawsuit is that Zenz “disseminated rumors about ‘forced labor’ and other matters relating to Xinjiang, damaging their reputation and causing economic damage.”

In this post, I’m going to discuss first the legal issues under Chinese law, and then the practical issues. The bottom line, though, is that Zenz and others who might be in a similar position do not really have to worry.

Theory of the case. There is nothing wrong under Chinese law, or indeed common sense, with the theory of the case. It’s the same theory Dominion Voting Systems is using in its lawsuit against Rudolph Giuliani.

Jurisdiction. What about jurisdiction? It’s complicated. There is no basis in the text of China’s Civil Procedure Law (CPL) for the court to assert jurisdiction over Zenz, a foreigner living outside of China with no connection to China. Under the CPL. tort suits (of which this is one) must normally be filed in the court either of the defendant’s residence or where the action of committing the tort occurred (Art. 28). In both these cases, that is outside of China, so one might think that a Chinese court has no jurisdiction over the case. However, according to Art. 24 of a 2015 Supreme People’s Court Interpretation of the CPL, the place where the tort is committed (侵权行为地) includes the place where the effect of the tort is felt (侵权结果发生地), so it looks like the plaintiffs are back in court after all. (As a theoretical matter, the SPC has no authority to contradict a clear legislative provision, but they do it all the time, so there is no special issue here.)

But that’s not the end of the story. Chapter 24 of the Civil Procedure Law deals with foreign-related litigation, and this lawsuit qualifies. Article 265 confers jurisdiction over a range of cases, but this case does not fit. I will translate it in full here:

An important question is, does the rule of the 2015 SPC Interpretation cited above, stating that the place where the tort is committed includes the place where the effect is felt, apply? By its terms, no: it specifically says it applies to Art. 28 of the CPL, and says nothing about Art. 265. Of course, this might have been an oversight by the drafters, but it might also be a policy decision to treat foreign-related lawsuits more carefully. One suspects that in this case the court will apply the expansive reading. But let’s be clear that without that expansive reading, there is no jurisdiction.

One might also argue that Article 265 is merely additive to whatever jurisdictional grounds might exist elsewhere in the CPL, but that does not seem to be the way it is read in China. A recent article by a judge of the Supreme People’s Court—presumably an authoritative source—complained that Article 265 was too narrow, and that “where none of the six connections occurs in China, it is difficult for China’s courts to exercise jurisdiction.”

Finally, it should be noted that Chinese civil procedure law does not have a general doctrine similar to the American “minimum contacts” rule, asking whether it is fundamentally fair, given a defendant’s lack of contacts with China, to hale him into court.

As a practical matter, of course, the assertion of jurisdiction by the court, however consistent with Chinese law, won’t mean much, because neither Zenz nor, I assume, any assets of his (which is the important thing) are in China. But more on that later.

Service. To perfect jurisdiction over Zenz, the plaintiffs will have to serve him properly. Because he is not in China, this will probably require the use of the procedures of the Hague Convention on the Service Abroad of Judicial and Extrajudicial Documents in Civil or Commercial Matters, to which China and the US are signatories. According to this legal blog, if done right, the process might take a couple of months.

Nevertheless, it will be interesting to see whether and how the Chinese authorities attempt to notify Zenz of the lawsuit.

Evidence. Some people on Twitter have been asking about discovery, no doubt thinking that if the suit goes ahead and Zenz responds, it could backfire against the plaintiffs because he could get incriminating evidence against them. Nope. Even if there were a discovery procedure, it would have to be enforced by the court. No Chinese court is going to enforce the defendant’s rights to discovery in a case like this.

But in any case there isn’t a discovery procedure. The parties are supposed to exchange evidence before trial, but that is limited to the evidence the party plans to use in support of its claims and defenses. Parties cannot on their own force the other party to reveal evidence. Courts have the power to seek evidence (CPL, Art. 65), and presumably could do so if a party requested it and they granted the request—it is entirely discretionary—but that is extremely rare. Parties are pretty much on their own.

Enforcement. Because Zenz has (I assume) no assets in China, the plaintiffs will have to seek enforcement of any judgment abroad. This can be done via a request from a Chinese court, but whether that’s necessary depends on the law of the foreign jurisdiction where they are seeking enforcement. In the US, it’s not necessary; plaintiffs bring suit themselves. And this brings us to the practical issues.

There is little doubt that the plaintiffs will win in China. But what can they do with their victory? Nothing, unless they can enforce it in a jurisdiction where Zenz has assets. (Note that they don’t need to do anything about Zenz the person; it’s his money to which their Chinese court victory entitles them.)

Let’s suppose Zenz has assets in the US. (I don’t know the situation in Germany.) Under the common law of enforcement of foreign judgments as well as the statutes in almost all states, neither a treaty nor even reciprocity is required to enforce a foreign judgment. There is generally a requirement that the foreign judgment comport with due process, but the burden is on the defendant to show that it didn’t, not on the plaintiff to show that it did. In this case, presumably that would be relatively easy for Zenz to show.

Still, he would have to get a lawyer to make these arguments, which points up the real threat of lawsuits like this: their capacity to harass. There are laws designed to prevent this. Since a suit to enforce a foreign judgment is a lawsuit like any other, presumably it is subject to whatever anti-SLAPP laws the jurisdiction may have. New York State has a law called the Libel Terrorism Protection Act, and the federal government has passed a protective law called the SPEECH Act. It provides, among other things, that

domestic U.S. courts shall not domestically recognize or enforce any judgment for defamation issued in a foreign court, unless the jurisdiction concerned offers at least as much protection of free speech as the First Amendment, or alternatively, that the defendant would still have been found liable even under U.S. law in a U.S. court, applying the First Amendment.

(Quoting from Wikipedia.) In addition,

the foreign court’s conduct of the case must have respected the due process guarantees of the U.S. Constitution to the same extent as a U.S. court.

(Quoting from Wikipedia.) And importantly, the burden of proof on both these issues is on the party seeking to enforce the judgment, and the party opposing recognition, if successful, gets attorney’s fees.

Incidentally, as part of a research project I recently read all the judgments and filings in every case I could find where a party sought to enforce a Chinese judgment in the US. There were 13 cases, dating from 2009 to 2020. The judgment was recognized in six cases. In two of those cases, however, the defendant did not show up and lost by default. In three of the cases, the defendant was effectively disabled from arguing that the Chinese proceedings were unfair, because it had argued in previous proceedings in the same case that the Chinese court system was just dandy. (The defendant had first been sued in the US and successfully argued for dismissal to China on forum non conveniens grounds.) Thus, there is really only one case in the 13 in which a Chinese judgment was recognized in the face of a critique of the fairness of the Chinese proceedings by the defendant. And in that case it was recognized for the purposes of deciding one issue only; the money judgment itself was not enforced.

People with their assets in the US do not, I think, need to be seriously concerned about this kind of lawsuit. They do, of course, need to be concerned about going to China, because they can be prevented from leaving the country until they pay off the judgment. But if they have already drawn the attention of the Chinese authorities to this extent, they shouldn’t be going in the first place, regardless of whether someone has sued them.

Moreover, at least in this kind of case they’ll know they’re a target. You can be kept from leaving the country even before a judgment issues against you, merely because you have been sued. You might not even have received notice; the first time you find out is when you show up at the airport and can’t get on your plane.