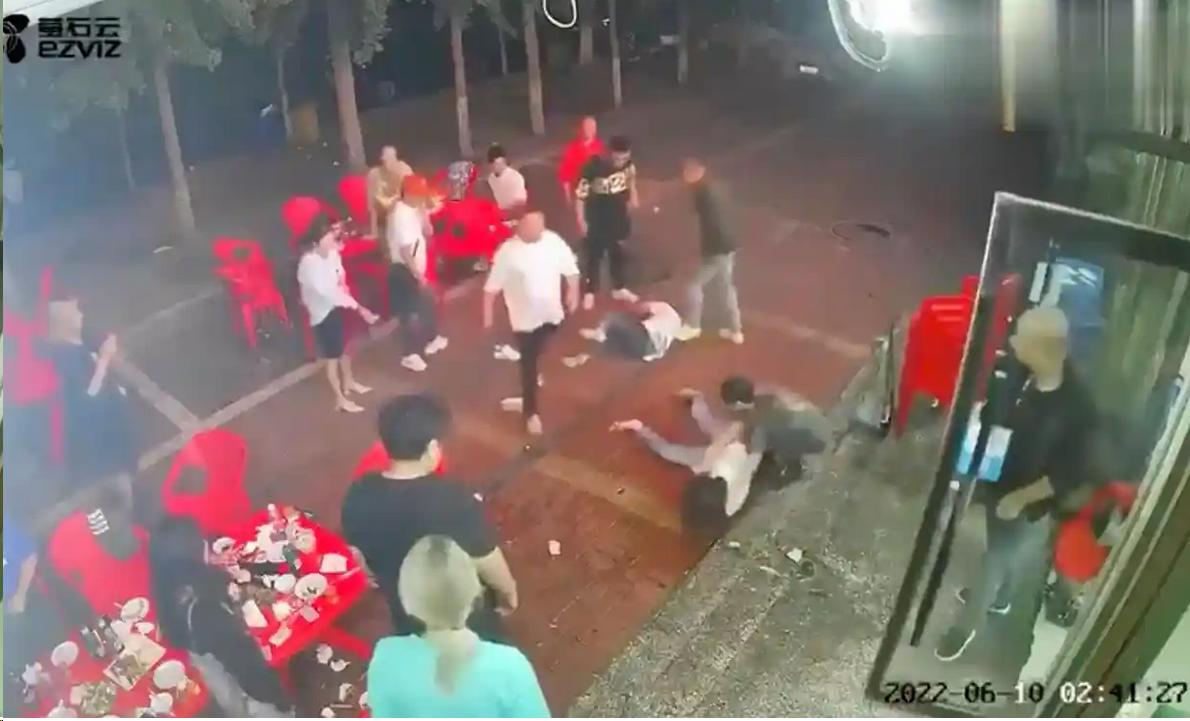 Today’s news carries reports that a court in Langfang, Hebei Province, has sentenced 28 gang members to a range of sanctions, including a prison term of 24 years for the ringleader, Chen Jizhi [Guardian report | court announcement]. The gang brought attention to itself after several members attacked a group of women who resisted their harassment in a restaurant in Tangshan last June.

Several aspects of the case are noteworthy.

First, the sentences were apparently not mostly about the attack. The court announcement states that the injuries suffered by the women were determined to be “light injury of the second degree” (轻伤二级) (2 victims) and “minor injury” (轻微伤, which is even less) (2 victims). Those are the two lowest grades of injury. [Official table] You don’t get 24 years for inflicting minor injuries in China.

Instead, the sentences were for a variety of crimes committed by the defendants over the past several years. The court stated (in my quick and dirty translation):

Since 2012, the defendants Chen Jizhi and others gathered together over a long period of time, and in Tangshan and other areas by means of violence and threats committed criminal acts such as unlawful imprisonment, gathering a mob to fight, intentional injury, operating a casino, robbery, concealment of unlawful income, and assisting in information network crimes. They gradually formed a malevolent organization led by Chen Jizhi and with seven members including Wang Xiaolei. This malevolent organization committed bad acts, bullied the common people, damaged the economic and social order of the area, and created an odious social influence. (2012年以来，被告人陈继志等人还长期纠集在一起，在唐山市等地以暴力、威胁等手段，实施非法拘禁、聚众斗殴、故意伤害、开设赌场、抢劫、掩饰、隐瞒犯罪所得、帮助信息网络犯罪活动等违法犯罪活动，逐渐形成了以陈继志为纠集者，王晓磊等7名被告人为成员的恶势力组织。该恶势力组织为非作恶，欺压百姓，破坏当地经济、社会生活秩序，造成恶劣的社会影响。)

Second, it’s kind of amazing that a variety of crimes of this magnitude and persistence could have gone unnoticed by the police. And of course they didn’t. In fact, it seems likely the police were colluding with the gang. This happens a lot. Even if they weren’t, the response time–half an hour–compares unfavorably with the response time of 54 seconds clocked by Unit TS-081 in a “stability maintenance” emergency response drill in Urumchi in 2016.

But this is simply a reflection of the police priorities laid out by Suzanne Scoggins: political crimes get almost all the attention, with crimes against citizens getting a very low priority. What happened here was precisely that the outcry over the beating turned an ordinary crime not worth the authorities’ attention into a political phenomenon. Something had to be done, or at least to be seen to be done. The gangsters were in the position of Harvey Weinstein: they were just doing what they had been doing for years with no consequences, until all of a sudden there were consequences. They drew public attention to themselves, leaving the authorities with no choice but to throw the book at them.

As the court verdict was just about these defendants, it’s not surprising that it says nothing about what likely amount to crimes by various police officials who colluded with and protected the gang over the years. It will be interesting to see if any of them are punished. I kind of suspect we won’t hear anything more about this case, since the punishment of the gangsters has probably satisfied public opinion.

Third, according to the court announcement, none of the beating victims showed up in court, whether as witnesses or in any other capacity. This is not surprising–very often criminal trials have no live witness testimony, despite the rule in the Criminal Procedure Law saying that witnesses should be subject to cross-examination. I suppose it’s possible that the trial was carried out without testimony from the victims, even in the form of out-of-court written statements (as is common); after all, there was a video recording of the beating, and again, most of the crimes for which the defendants were sentenced had nothing to do with the beating.

1 thought on “The Tangshan gang verdict: some comments”