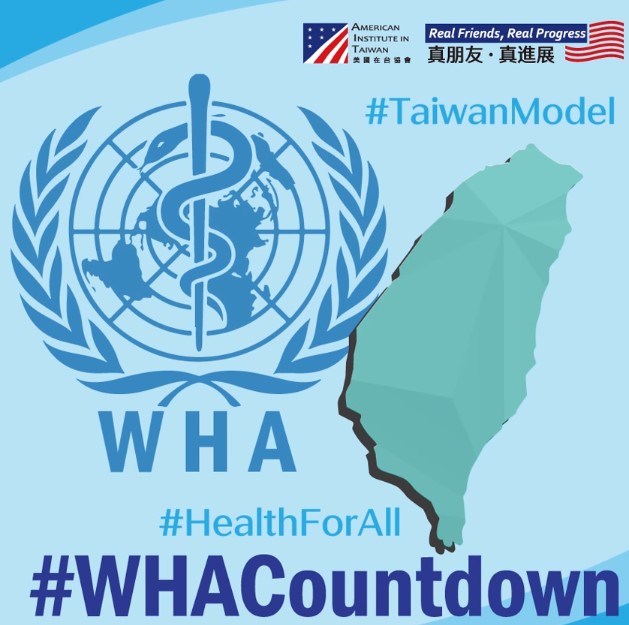 WHO and governments around the world would benefit from this principled reform.

By Jerome A. Cohen and Yu-Jie Chen

When SARS traumatized Asia in 2003, Taiwan was the world’s third hardest-hit place after China and Hong Kong. Yet China prevented Taiwan from receiving much-needed assistance from the World Health Organization (WHO). Seventeen years later, as the Covid-19 pandemic rages elsewhere, Taiwan has achieved a remarkable success in containing this virus without imposing any lockdown. Yet Beijing still insists upon Taiwan’s exclusion from WHO, barring the world’s health agency from engaging with Taiwan’s best practices.

On May 18, when WHO’s decision-making body, the World Health Assembly (WHA), opens its 73rd session, its 194 member states have another opportunity to correct this injustice. Will they continue to turn a blind eye to Taiwan’s importance, making a mockery of WHO’s mission to promote “health for all”?

Despite its widely-condemned mishandling of the outbreak of Covid-19, China fiercely objects to even renewal of Taiwan’s former status as a mere observer in the WHA. Beijing has again mobilized the support of a large bloc of authoritarian governments and developing countries that depend on its favor. They are likely to outvote the number of countries that the United States and its allies are urging to back Taiwan’s limited participation in the WHO.

To justify the decision to exclude the 23 million people in Taiwan, WHO, as well as many member states, continues to rely on an erroneous legal argument that Beijing has widely propagated. Last week, for example, when asked about Taiwan’s participation, WHO’s principal legal officer Steven Solomon invoked the 1971 U.N. General Assembly resolution 2758 as well as the WHA resolution 25.1, which reiterated the General Assembly resolution. He stated that “Forty-nine years ago the United Nations and WHO decided that there was only one legitimate representative of China within the UN system, and that is the PRC.”

Contrary to Beijing’s propaganda, the resolution did not go beyond that. Indeed, so long as the Taiwan government does not claim China’s U.N. seat, the resolution does not prevent Taiwan’s eventual membership as an independent state in the United Nations and any of its affiliated organizations such as WHO. The United Nations is legally free to recognize that Taiwan has all the characteristics of statehood, as it does, and admit it as a new member, even one called the Republic of China on Taiwan. Surely, there is no barrier to WHO’s grant of mere observer status to Taiwan today.

In fact, every year from 2009 to 2016, China allowed WHO’s Director General to issue an invitation to Taiwan to take part in the WHA as an observer. Neither WHO nor the Chinese government then claimed Taiwan’s observer status to be a violation of any U.N. principles or international law. Beijing accepted it because of Beijing’s political rapprochement with the Taiwan government then dominated by the Nationalist Party.

Unfortunately, that observer status was not translated into the “meaningful participation” sought by Taiwan. Taiwan was not allowed to take part in the majority of WHO’s technical meetings, in which important information and solutions were exchanged. The status also proved vulnerable. Since the people in Taiwan in 2016 elected as president Tsai Ing-wen of the Democratic Progressive Party, which Beijing disfavors, Taiwan has not been invited back to the WHA. This is naked politics masquerading as U.N. law.

To be sure, at this stage of international politics, for WHO purposes flexibility is still needed in tweaking Taiwan’s formal name to avoid Beijing’s hyper-sensitivity to any hint that Taiwan may have achieved independence from China. When Taiwan previously served as observer in WHA it was under the name of “Chinese Taipei”, which can be repeated.

There are significant precedents in which major public international organizations outside the U.N. system have included Taiwan because it is too important to be left out of global governance. As early as 1986, for example, after the PRC joined the Asian Development Bank (ADB), Taiwan was able to stay in the organization due to its fast growing economy and strong economic ties with other countries, although it had to accept the change in title designated by the ADB as “Taipei, China.” In 1991, Taiwan became a full member of the Asia-Pacific Economic Cooperation (APEC) under the name of “Chinese Taipei” at the same time China joined the group. Moreover, the World Trade Organization (WTO), which China entered in 2001, admitted Taiwan the following year under the name “Customs Territory of Taiwan, Penghu, Kinmen and Matsu (Chinese Taipei).” The WTO welcomed Taiwan because the world community realized that the WTO would not be effective or legitimate if it excluded one of the world’s important trading countries.

When it comes to the world’s public health, Taiwan’s role is no less important, especially given its proximity to China, which makes it susceptible to infectious diseases originating from the mainland. Taiwan also offers outstanding health expertise, significant resources and best practices. It is now donating medical masks, developing testing kits and vaccines, and partnering with several countries to exchange solutions about Covid-19. Including Taiwan in WHO’s efforts to fight the coronavirus, if only as observer, will add greatly to these efforts. This is plainly in the self-interest of governments hard hit by the pandemic, regardless of their ties to China. Taiwan’s observer status would not violate any U.N. principles or international law. It would instead begin reforms urgently needed to repair WHO’s damaged credibility and efficacy.