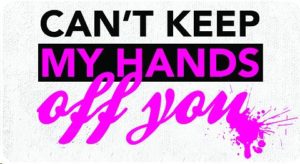 Yesterday the Wall Street Journal reported that brokerages and funds in Shanghai and Shenzhen had received instructions from securities regulators to “tame trading” and not to process large sell orders in the run-up to Xi Jinping’s “One Belt One Road” summit on May 14th. As the report states,

For China’s traders and investors, the guidance was the latest example of the government’s constant attempts to control the country’s markets. Despite a long period of relative stability for Chinese stocks in the past year, Beijing’s urge to intervene when markets run too hot or cold remains a nagging concern. A stock market boom and bust in 2015 and early 2016 led to a series of moves by Beijing to tame markets, from restricting new listings to curtailing bets on stock-index futures.

In other words, the market must stay buoyant during the summit in order not to embarrass the government.

This kind of ad hoc intervention is not new. We saw it in the summer of 2015, when the authorities responded to the market crash by announcing a crackdown on “malicious short selling” (a non-existent legal category) and detaining a journalist who then had to apologize for writing an article that could have hurt the market.

The defining feature of this kind of regulation is that it is entirely ad hoc and not grounded in any legal authority. Often it is specifically designed to be plausibly deniable, coming through telephone calls and not the issuance of formal documents.

Let’s be clear here: we are not talking about government intervention to stave off a financial crisis. We are talking about a continuing stream of interventions designed to tweak the market this way or that in order to avoid real or perceived political problems for the government of the day. This is not financial regulation; it’s financial arbitrariness. It does not induce the kind of confidence needed for foreigners to invest large quantities of money in Chinese assets. And that’s what becoming an international reserve currency means.