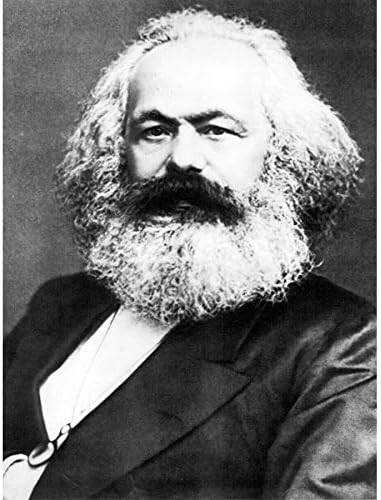 Yesterday I made the claim that it was meaningless to say that Xi Jinping (or anyone) was a Marxist unless one also defined what one meant by “Marxist,” since the term is so elastic, and not even subject to consensus on whether it’s complimentary, neutral, or pejorative. I also claimed that you could read an entire speech about Marxism by Xi Jinping and come away with no clear idea of the specific policy or methodological content of his “Marxism,” and that ultimately the Party defines Marxism (or Marxism-Leninism, or socialism) as whatever the Party does.

Today I came across a translation of a 2013 speech by Xi that illustrates the point nicely.

In only two places in the speech does Xi actually talk about the content and methodology of what he calls “socialism with Chinese characteristics.” (I don’t consider this to be meaningfully different from what Xi would call the content and methodology of “Marxism” or “Marxism-Leninism”; he would never assert that socialism with Chinese characteristics is inconsistent with Marxism or Marxism-Leninism.)

These include: the absolute leadership of the Communist Party of China, grounding policy in national conditions, putting economic construction at the center, adhering to the “Four Cardinal Principles”[v] and to the program of reform and opening up, liberating and developing productive social forces, building a socialist market economy, socialist democratic politics, an advanced socialist culture, a harmonious socialist society, and an ecological socialist civilization.[vi] It includes promoting the comprehensive development of the people, gradually realizing the common prosperity of all the people, and building a modern, prosperous, strong, democratic, civilized and harmonious socialist country—including adhering to the fundamental political system of the National People’s Congress, a Communist Party led system of multi-party cooperation and political consultation, a system of regional ethnic autonomy, a system of grassroots self-government, a legal system with Chinese characteristics, and an economic system in which publicly owned enterprises are the principal part, which develop side by side with diverse forms of ownership.[vii] These features embody the basic principles of scientific socialism under our new historical conditions. If we lose these, we lose socialism.

First of all, we have to take out the word “socialist” as a modifier, since for the purpose of understanding what “socialist” means it is circular. We are left with the leadership of the CCP and maintenance of the political system in which it dominates (which has no policy content) and a bunch of mom-and-apple-pie items, most of which Barry Goldwater could agree with. There is, I will concede, one specific policy prescription: “an economic system in which publicly owned enterprises are the principal part.” But it is conspicuous by its loneliness.

What about his Marxist methodology?

Liberate your mind. Seek truth from facts. Keep pace with the times. This is the living soul of Marxism. These are the fundamental ideological weapons for adapting to new terrain, understanding new things, and accomplishing new tasks. Yet first and foremost, all Party cadres at all levels must adhere to the Marxist viewpoint of development, insist that practice is the only criterion for testing truth, bring into play historical initiative and creativity, and clearly perceive both continuity and change in the Party, the country, and the broader world.

A few years ago, I might have said sarcastically, “Does anyone advocate not seeking truth from facts?” Alas, recent development in US politics have made it clear that there are a lot of people, many in positions of great political power, who advocate precisely that. But I think the rest of us will find this pretty platitudinous.