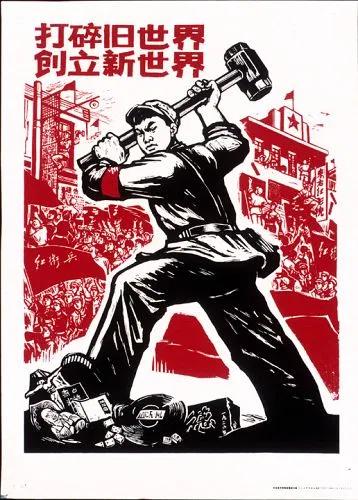 Everyone is doing their hot take on the new Law of the People’s Republic of China on Safeguarding National Security in the Hong Kong Special Administrative Region (the “Nat Sec Law” or the “Law”) [Chinese | English], just revealed to the public and made effective today (consultation? schmonsultation!), so why not me?

Article 2 begins with a weird provision stating that nobody may violate the rules of Article 1 and Article 12 of the Hong Kong Basic Law. But Article 1 and Article 12 of the Basic Law aren’t rules about anything. Article 1 states a proposition, not a rule: “The Hong Kong Special Administrative Region is an inalienable part of the People’s Republic of China.” How could one “violate” that statement? Article 12 is grammatically the same: ” The Hong Kong Special Administrative Region shall be a local administrative region of the People’s Republic of China, which shall enjoy a high degree of autonomy and come directly under the Central People’s Government.” Again, how does one “violate” a proposition?

Article 5 states that all persons shall be considered innocent until declared guilty by a judicial organ. As we shall see, this is contradicted by the bail provisions in Article 42.

Article 6 says that protecting the country’s sovereignty, unity, and territorial integrity is the common duty of all the people (renmin 人民) of China. This seems an odd formulation to me. Why not say all the citizens (gongmin 公民) of China? “People” in PRC officialese has a special meaning: it is a subset of the citizenry, and consists of those who are allies of the Communist Party at any given moment. It would be odd to say that reactionaries and counterrevolutionaries, who are not part of the people, get a pass on this duty.

Article 12 calls for the establishment of a Committee for Safeguarding National Security (the “National Security Committee” or the “Committee”), said to be under the supervision of and accountable to the Central People’s Government (the “CPG”), i.e., the State Council and the Premier. It’s not quite clear how this accountability is to work in practice, since the membership is prescribed by law: the Chief Secretary for Administration, the Financial Secretary, the Secretary for Justice, the Secretary for Security, the Commissioner of Police, the head of the department for safeguarding national security of the Hong Kong Police Force established under Article 16 of this Law (the “Nat Sec Head”), the Director of Immigration, the Commissioner of Customs and Excise, and the Director of the Chief Executive’s Office. (To understand where all these fit within Hong Kong’s administrative structure, check out this handy chart. I’ll just note here that they are not all of equal rank. The Nat Sec Head, for example, is under the Commissioner of Police, who is under the Secretary for Security, who is under the Chief Secretary for Administration.) The Committee is to be chaired by the Chief Executive.

The Committee seems to be largely a general policy-making body, with few direct powers to do anything. And of course as all of its members have other jobs, it can’t be constantly meeting. Thus, the law sets up a secretariat headed by a Secretary-General (“SG”). This body presumably does a lot of the real work. And here’s where we first see what we’re going to see a lot of in this law: the hand of Beijing. Although the SG is nominated by the Chief Executive, they must be appointed by Beijing. The Chinese government has previously interpreted this appointment power (which is has over the Chief Executive) as meaning the plenary power to decide who fills the office, not simply a power to confirm.

Article 15 states that the Committee shall have a national security advisor appointed by the CPG, and that the advisor shall attend all Committee meetings.

Article 14 states that the Committee shall work in secret, and that its decisions are unreviewable by a court.

Next, the Law (in Article 16) sets up a subsection of the police force dedicated to national security cases: “The Police Force of the Hong Kong Special Administrative Region shall establish a department for safeguarding national security with law enforcement capacity.” (Let’s call it the “National Security Division.”) The head of this division (defined above as the Nat Sec Head) shall be appointed by the Chief Executive, but only after written consultation with the Office for Safeguarding National Security, a purely mainland body provided for in Article 48 (see below).

In addition, the Law states that the National Security Division can hire staff from outside of Hong Kong. Three guesses where that means. Those staff will, like other members of the Division, have law enforcement powers.

Article 17 spells out the basic functions of the National Security Division. They are basically what you might think: investigating threats to national security, of course as defined by the authorities.

Article 18 turns from investigation to prosecution. As with investigation, national security cases cannot be left to the ordinary organs of prosecution. Instead, the Department of Justice must set up a special division for prosecuting national security cases (the “National Security Prosecution Division” or “NSPD”). All prosecutors working in the NSPD must be approved by the National Security Committee, and the head of the NSPD must, like the Nat Sec Head in the police, be appointed by the Chief Executive, but only after written consultation with the Office for Safeguarding National Security.

Article 19 has to do with budgetary matters. Those familiar with the details of Hong Kong government operations can explain what it’s there for. My guess is that it is designed to prevent the Legislative Council, should it ever have the power and inclination to do so, from crippling the various national security bodies through withholding funds. But that’s just a guess.

The Law then gets to substantive crimes. As I mentioned, I don’t think there’s a lot to be said about these, because the general idea is clear: don’t do anything that will annoy the Chinese Party-state. The details are not that important, and most of the offenses will be familiar to those who are familiar with Chinese criminal law.

The Law’s provisions on its scope have drawn a lot of attention. Article 38 states, “This Law shall apply to offences under this Law committed against the Hong Kong Special Administrative Region from outside the Region by a person who is not a permanent resident of the Region.” I know of no reason not to think it means what it appears to say: it is asserting extraterritorial jurisdiction over every person on the planet.

Jurisdiction—who handles alleged crimes—is a very important part of the Law. Article 40 provides that jurisdiction is in the hands of the Hong Kong authorities by default, but that it can be taken away by the mainland’s Office for Safeguarding National Security (more on that when we get to Article 48).

Trials are to be conducted in public, except (you knew this was coming) when the authorities decide not to conduct them in public, on grounds of state secrets, public order, or “other circumstances” (Article 41).

Article 42 is about bail, and contradicts the principle of presumption of innocence spelled out in Article 5: “No bail shall be granted to a criminal suspect or defendant unless the judge has sufficient grounds for believing that the criminal suspect or defendant will not continue to commit acts endangering national security.” In other words, the burden is on the bail seeker to prove that they won’t continue to commit crimes.

In general, national security cases shall be heard in magistrates’ courts, the District Court, the High Court, and the Court of Final Appeal, but as we shall see that default rule can be changed.

Article 47 provides that whenever Hong Kong courts encounter an issue of whether a case or evidentiary materials involve state secrets, the certification of the Chief Executive on the matter shall be conclusive.

Article 48 is very important. It provides for the establishment within the territory of Hong Kong of a special Office for Safeguarding National Security. This Office is a mainland body like (for example) the Liaison Office, staffed by mainland officials appointed by mainland authorities. It has a number of functions, including, critically, the power to “handle” national security cases (Art. 49(4)). It can take jurisdiction over any case with the approval of the CPG (Art. 55). It can then send people back to China for processing (I suspect it would unduly dignify the proceedings to call them a “trial”) and sentencing in mainland institutions according to the Chinese Criminal Procedure Law (Art. 57). Article 56 says that the Supreme People’s Procuratorate will select the procuratorate that will prosecute, and the Supreme People’s Court will select the court that is to hear the case. (Just to be clear, in each case, the Law is clearly talking about mainland procuratorates and mainland courts.)

Let’s take a closer look at the powers of the Office and its personnel. Here we see something really remarkable. First, Article 57 states that with respect to measures undertaken according to law (this is not a meaningful qualifier) by the Office, relevant organs, organizations, and individuals must obey. Whatever the Office says, you must do. Second (and here I’m basically reposting the content of a previous blog post), here’s Article 60. Look closely:

In the course of performing duty, a holder of an identification document or a document of certification issued by the Office and the articles including vehicles used by the holder shall not be subject to inspection, search or detention by law enforcement officers of the Region.

In other words, they are untouchable under Hong Kong law. This is real Gestapo-level stuff. And here’s the kicker: it would seem they are untouchable under mainland law as well. Suppose one such officer commits a deliberate homicide “in the course of duty”. Not liable under Hong Kong law. Well, what about the Criminal Law of the PRC? Unfortunately, the only PRC laws applicable in Hong Kong are those listed in Annex III to the Basic Law, and the Criminal Law is not listed there. Incredible. It seems that officials of the Office for Safeguarding National Security can move around Hong Kong in their own little lawless bubble.

Conclusion: I began by explaining why I wasn’t going to pay much attention to the substantive crimes and their definition. I hope readers now understand why. It’s the institutions and the processes that count. Language matters only if there are institutions that will make it matter. This whole law is about avoiding the involvement of such institutions.