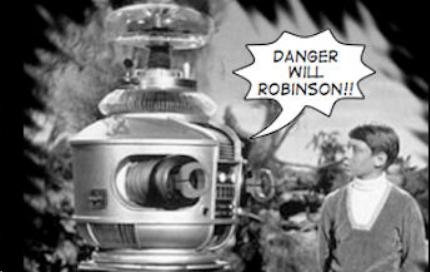 Many people who live outside of mainland China and Hong Kong and who have been critical of the Chinese Party-state are wondering about their safety in the wake of Hong Kong’s National Security Law (the “NSL” or the “Law”), which in Article 38 purports to criminalize violations of the law committed by anyone anywhere in the world. (I discussed the details in an earlier blog post.)

My short take on this is that I don’t think anyone is in significantly greater danger than they were before the NSL came into effect provided they stay out of Hong Kong. Here’s why I think so. My analysis will look both at the law and practical realities.

Most people know by now that relying on the words of the law in China can be risky. (Who would have thought that making a mocking reference to “Steamed Bun Xi” in a small, private WeChat group could be grounds for imprisonment for “picking quarrels and stirring up trouble”?) Given that China is detaining even people who have done nothing in order to have hostages [kidnapped Canadians | kidnapped Americans], it would be foolhardy indeed to assure anyone that they could do anything offensive to the Party-state outside of mainland China that is permitted by local law and not have to worry about getting arrested if they went to China. In practice, however, it seems that detentions by China of foreign critics, even on trumped-up grounds, are few.

There are three cases I know of—there may of course be more [UPDATE: A colleague emailed to remind me of the Wang Bingzhang case; please note other cases in the comments because I can’t keep updating the text]—where non-PRC citizens have been subject to criminal liability in China for (possibly) things they did outside of the mainland PRC. One is the case of Huseyincan Celil, a Canadian citizen originally of Chinese citizenship and Uyghur ethnicity. As the Chinese government has kept much of the details secret, it’s not clear what the full set of charges is. In the Celil case, the Chinese government simply refused to recognize his Canadian citizenship and claimed he was Chinese, even though China’s Nationality Law clearly states that Chinese citizens who voluntarily take out foreign citizenship, as Celil did, automatically lose their Chinese citizenship.

A second case is that of Lee Ming-che, a Taiwanese pro-democracy activist detained on a visit to China and ultimately convicted on charges of endangering national security. Again, the precise charges seem to be secret, but very possibly—in substance if not nominally—relate to activities Lee undertook outside of mainland China.

The third case is that of Gui Minhai, a bookseller of Swedish (originally PRC) citizenship who was kidnapped in Thailand and taken back to China not through a formal extradition process involving a Thai legal process, but very likely with the connivance of the Thai authorities. He was charged, among other things, with “illegal business operations” because he sent banned books into China, but of course the sending of books was not illegal in Hong Kong. As with Celil, the Chinese government has decided to deal with the awkward citizenship issue by simply claiming that he is no longer a Swedish citizen and has taken up Chinese citizenship again.

All of the above cases involve—definitely in the case of Celil, probably in the case of Lee—an implicit or explicit claim by China that the defendant is not really a foreigner and is therefore subject to Chinese criminal law as an ordinary Chinese citizen. This is not of course comforting for anyone who is Taiwanese or a former PRC citizen, but it does suggest a limitation that the Chinese government has—so far—observed.

If China were to get impatient and not wish to wait until the unsuspecting object of the Party-state’s wrath stepped on Chinese soil, it might try extradition. Whether that would succeed depends on a number of things:

(1) Does China have an extradition treaty with the country in question, and if not, is the country still willing for political reasons to hand over the suspect?

(2) If there is an extradition treaty, does it have (as many do) an exception for political offenses and/or acts that are not crimes in the country where committed?

(3) If there is an extradition treaty, then regardless of what it says, does the government in question want to make China happy, and is the institution that decides on extradition (e.g., the judiciary) independent and willing to decide according to the terms of the treaty?

I don’t offhand know about China’s record in getting third countries to extradite people for alleged offenses that China concedes were committed abroad, particularly when they are, by any reasonable standard, political and/or speech offenses. My guess is that liberal democracies have not been extraditing people to China for this, but Gui Minhai is a stark example of when can happen when you are exposed in a country that is not a developed liberal democracy and that wants to make China happy, regardless of whether an extradition treaty exists or not.

All of the above was true before the NSL was passed, and remains true. The dangers to critics of the kinds discussed above have neither increased nor decreased.

The alarming thing about the NSL is that, on its face at least, it provides for criminal jurisdiction over everyone on the planet for an act committed anywhere on the planet (Article 38). This is much broader than the purported reach of the PRC’s Criminal Law. Article 38 does not contain the limitation that the act in question must be serious enough to warrant a given minimum punishment and that it must also be a crime in the place committed. Thus, it is clear that an act that would violate the NSL if committed in Hong Kong will also violate it, and subject the actor to potential liability, if committed outside Hong Kong, even if the actor is not a Hong Kong resident or PRC citizen and has absolutely no connection with either Hong Kong or the PRC more broadly.

With a law as sweeping as this in its text, the reality could hardly be worse. But lest anything think the above understanding is an exaggeration, I would note that despite some three days of this kind of commentary on Article 38, no PRC or Hong Kong government spokespersons have to my knowledge yet come forth to pooh-pooh this understanding as a hysterical over-reaction. It would seem that doing so would undermine the purpose of Article 38, which is to put the fear of God into all China critics the world over.

In short, whether one looks at the text or considers the likely practical application of the text, the best advice to critics of the Party-state is to stay out of Hong Kong. The substantive crimes under the act are certainly elastic enough to be stretched to fit any case.

Now we get to the key question: do critics of the Party-state need to fear extradition to Hong Kong? The analysis here is almost the same as the analysis applying to extradition to the mainland. The one difference is that it is easier for the Hong Kong authorities to allege a crime under the NSL than it is for the PRC authorities to allege a crime under the PRC Criminal Law, because as noted above the NSL does not contain the limitations on jurisdiction we see in the PRC Criminal Law. And allegations are all that are needed in extradition proceedings.

However, the other barriers in the way of extradition still exist, and those strike me as for more important than the authorities’ modestly greater ease in alleging that the elements of a crime have been made out. If you would not get extradited (legally or illegally) to mainland China now for some act, I think it’s very unlikely you would get extradited to Hong Kong for the same kind of act. Even so, I think that any country that has an extradition treaty with Hong Kong now needs to rethink it, since today’s Hong Kong is not the Hong Kong with which it made the treaty. It makes no sense to have even this theoretical possibility out there.

My bottom line: If you have said or done things that you think might have put you on China’s (or Hong Kong’s) radar screen, stay out of Hong Kong, China, and countries that are likely to do what China wants them to do. If you have possibly violated the NSL but no mainland law, I would still stay out of the mainland; perhaps Hong Kong could request that the mainland extradite you to Hong Kong. But I think that if you felt safe about what you were doing where you were living before the NSL, you can continue to feel safe as long as you stay in that place. But you might have to be more careful about where you travel. I don’t recommend Thailand if you’re in the PRC government’s sights.

This is a very important topic for many people, so it’s important to get it right. If you have a reasoned disagreement, please explain in the comments.