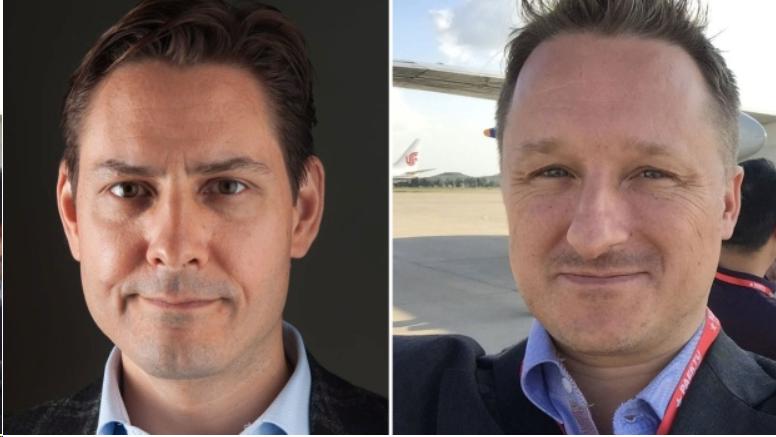 Here is an open letter from Charles Parton about a new move in the campaign to free Michael Kovrig and Michael Spavor, about whose case I have previously written.

10 December marks the second anniversary of the seizure as hostages of my friend Michael Kovrig and of his compatriot Michael Spavor. Their crime is being Canadian.

On 1 December 2018 Canadian police arrested Meng Wanzhou, the Chief Financial Officer of the Chinese telecoms company Huawei, as she transited Vancouver. This was in response to an extradition warrant from the United States, where she has been indicted for bank fraud relating to Huawei’s activities in Iran.

On 10 December the Chinese Communist Party (CCP) arrested the two Michaels. The timing was not coincidental. In March 2019, two days after Canada’s Justice Department concluded that it would present Meng’s case to a judge for extradition, the Chinese authorities accused the two Michaels of acting together to steal state secrets. In June Kovrig was charged with spying, while Spavor faced charges of “suspected spying secrets and illegally providing them to overseas forces”. These formal charges came a few weeks after Meng lost a bid to avoid extradition.

While not at the time directly linked by the Chinese authorities, the timing made clear that the events were connected, as did their other actions of imposing trade and political restrictions. Since then, the CCP has been more direct, saying that Meng should be released and then China-Canada relations would be back on track.

Meng continues to live in her $15m Vancouver mansion, tagged electronically, but free to move around town. The two Michaels have been tortured, interrogated and isolated for nearly two years. Face-to-face short consular meetings have been suspended since January.

There is no ending in sight to this shameful behaviour. Michael Kovrig has never seen the daughter born to him since the start of this illegal incarceration.

The two Michaels are not the first instance of such ‘hostage diplomacy’. A few years earlier another Canadian couple, the Garratts, spent two years in incarceration after the arrest of a Chinese spy in America.

The taking of hostages to avoid due legal process is uncivilised and inhumane. It is an aspect of Xi Jinping’s so-called ‘China Model’ which must be roundly and loudly condemned. And halted.

Please make your disquiet and disgust known to the Chinese Communist Party. Before Christmas, post a letter addressed to the Chinese ambassador in your country and inside include an enveloped Christmas or New Year card addressed to Michael Kovrig or Michael Spavor. Request that it be forwarded to their prison.

Inside the card write a message of encouragement to one of the two Michaels and condemnation of their suffering. Please photograph this and post it on social media under the hashtag #freechinahostages. The world needs to show the Chinese Communist Party that hostage taking is unacceptable. The more letters Chinese embassies receive the more Party members will have to open (in ignorance of their contents) and, if they have a conscience, the more shame they will feel. And the more postings on social media the more the world will condemn such barbarity.

Please encourage your friends, journalists, academics and others to join this campaign. Taking hostages is not diplomacy; it is a threat to international law, norms and peace.

Some 3,000 Christmas cards were sent flooding through the mails from Britain to 15 Nan Chihtze, Peking, in December 1968 – but by Christmas not one of them had reached me, hundreds were also reportedly sent from Australia, the United State, France, Germany, Belgium and other countries, even from India and Pakistan. All were carefully fielded by the Peking authorities and what exactly happened to them is not known. But the point was made. The address of my one-man prison was printed in newspapers in many countries and some newspapers and television stations made direct appeals for cards to be sent to show the concern felt for an innocent individual held for reasons beyond his control and responsibility.

. . . [P]eople looked on me as one man from a society whose sense of justice was outraged by this act of harsh imprisonment without cause.