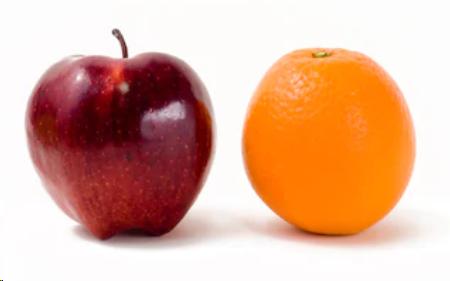 After my last post on Chinese acquittal rates, I heard from Prof. David Johnson of the University of Hawai‘i (whose book on Japanese criminal law, incidentally, I linked to in the original post). David is an expert on Japanese criminal law but, unlike me, also knows a lot about US criminal law (and reality). Our exchange was very helpful to me (if this were an argument I’d have to say he was the winner), and with his permission I’m posting it (very slightly edited, since the original exchange was just casual emails).

This is interesting, especially the historical trends you have spotted for China. Good stuff.

The cross-national comparisons are interesting too, but let’s be careful to compare apples with apples. For example, in the USA, trial acquittal rates are 15-25 percent or so (as you noted), but very few cases go to trial. Overall, perhaps 5 percent of American felony cases go to trial, and that percentage continues to decline over time. See Robert P. Burns, The Death of the American Trial (2009) (short essay version here) and many other works (John Langbein’s “Torture and Plea Bargaining” is wonderful and still relevant, in the 1978 University of Chicago Law Review).

The main reason so few criminal cases go to trial in the US is because American prosecutors (and judges) routinely threaten defendants with substantially more punishment if they exercise their right to trial. In the jargon this is called a trial tax/trial tariff/sentencing differential, and it’s growing over time. Meaning: American plea bargaining is coercive at its core.

One analogy: plea bargaining American style is all too often like Marlon Brando’s line in the Godfather film (think of him as the prosecutor): “I am going to make you an offer you cannot refuse.”

Another analogy: It’s as if the US has a Rolls-Royce (jury trial) that it seldom takes out of the garage. Instead, it routinely drives around in a crummy Ford Pinto (plea bargains), all the while bragging about how wonderful its Rolls-Royce is.

The most important fact about American criminal trials is that they rarely happen. This is, in my view, shameful. I will leave it to China hands to discern whether the PRC’s criminal trial system is better or worse or both or neither.

I hope my comment about US acquittal rates did not seem like an endorsement, or a statement that the higher the better. I was just looking around the world for comparisons. In terms of how much justice the system offers, acquittal rates don’t tell you much. I agree. What they do tell you, though, is whether to some significant degree courts can and do go against the wishes of prosecutors. That’s really the thing that I found interesting about the statistics I uncovered, and why I blogged about it. For that purpose, I think the statistics are an apples-to-apples comparison.

I would push back a bit against the part of your reply that says acquittal rates tell you how often courts go against the wishes of prosecutors. Acquittal rates are too partial to do that in a meaningful way in the US (all they tell you is how often American courts go against prosecutors at trial). They do not tell you how (rarely!) American courts push back against prosecutors when it comes to plea bargaining—which is 95%+ of all cases. In this way, American judges are deeply complicit in the coercive and hypocritical American way of plea bargaining.

For these reasons, your US comparison is not pointless, but it has (very?) limited value. I think.

Yes, I thought of that objection, but wonder if US courts in an adversarial system really have the authority/jurisdiction to push back in plea bargaining. By definition, the defendant has said he’s OK with it. What would pushback outside of a trial look like, and if it doesn’t exist, is it correct to interpret that as judges bowing to prosecutors’ wishes, or is something else going on?

I’d say the main point for the US is that both prosecutors and judges pressure defendants to plead guilty, by threatening and imposing big trial tariffs. There is no principled way to justify a trial tariff above a certain size: maybe 20 or 30 percent or so could be permitted, for efficiency’s sake (Australia, NZ, and England have statutory limits on “sentencing discounts”)—though I would prefer no trial tariff at all. But in the US trial tariffs must be measured in the 100s of percents, and they have grown substantially over time. It boggles the mind. At time 1 the prosecutor determines that a sentence of X is appropriate. And then at time 2 the same prosecutor says the sentence must be 3X or 5X. The only thing that happened between time 1 and time 2 is that the defendant exercised his right to a jury trial (and then lost at trial). As we say in Hawaii: how you figgah? It’s bullshit, and the vast majority of Americans are blind to it—including many criminal justice insiders who skip along while whistling dixie and participating in the production of this bankrupt system.

See, for example, “Time”, the Netfix documentary about Kalief Browder, the black juvenile who was held at Rikers Island jail for three years (for allegedly stealing a backpack). Why was he held so long? Because he insisted on exercising his right to trial, and because prosecutors and courts insisted on denying his right to trial. In other words, Kalief Browder had the temerity to say “no” to the Godfather’s “offer that cannot be refused.” His case was eventually dismissed (after three years, much of it spent in solitary). A year or two after that he committed suicide. This is New York City, not Xinjiang.

American judges could do better. But the US Supreme Court is very lame on the subject of plea bargaining. Among other preposterous positions, they have ruled that threatening defendants to obtain a confession is not allowed, but that a trial tariff is not a threat—in effect, you can’t coerce an admission of guilt in the interrogation room but you can do it in the plea bargaining process. It’s absurd. Someone should write a sequel to Alice in Wonderland.

The following report is pretty good: https://www.fairtrials.org/publication/disappearing-trial-report. It points out that human rights instruments say almost nothing about plea bargaining, while they say a lot about the kinds of interrogation problems that plague China and some other countries. To employ a little understatement: that’s not OK.

This report also points out a big irony: the US is in some ways a model for plea bargaining reforms in other countries.

1 thought on “Comparing US and Chinese acquittal rates: apples and oranges?”