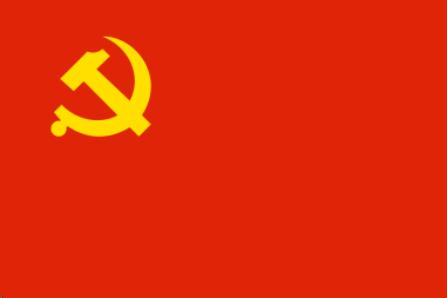 The lawsuit filed by the Missouri attorney-general against various Chinese entities seeking compensation for COVID-19-related damages, unlike previous similar lawsuits, specifically names the Chinese Communist Party (CCP) as a defendant. The complaint asserts that the CCP cannot claim immunity under the Foreign Sovereign Immunities Act (FSIA) because it is neither a foreign state nor an agency or instrumentality of a foreign state as required by the Act. Does this argument fly? I’m going to conclude no, but there turns out to be a lot less precedent on this that you might think.

The difficulty stems from the fact that the FSIA is motivated by concerns about foreign policy, and the drafters of the FSIA did not, it seems, contemplate the existence of entities superior (in real power terms) to the state in the international community. But polities such as China—i.e., one-party states such as Cuba, Vietnam, North Korea, and the former USSR—are unlike other states. Normally, we can identify the state simply by asking which organization has the monopoly on the legitimate use of force within a defined territory. But in states like China, the question is not easily answered. The existence of the single legitimate party means that the state has to be redefined somewhat more narrowly as the wielder of legitimate force other than the party. The party definitely controls the exercise of force on its own, quite independent of the state: in China, for example, it has long been a matter not only of reality, but of official ideology that the People’s Liberation Army (PLA) is a party army, not a state army. It is the CCP’s Military Affairs Commission, chaired by Xi Jinping in his capacity as General Secretary of the CCP, that commands the PLA. And more generally, the CCP commands the state. It exists above it, not under it.

Understanding all this, scholars of Chinese politics often speak of the “party-state,” a term that acknowledges that the attempt to distinguish the two is often a pointless exercise in formalism.

But the FSIA, having more traditionally-organized polities in mind, speaks of foreign states and organizations under them, not over them. Here’s the relevant language:

(1) which is a separate legal person, corporate or otherwise, and

Recalling the purposes of the FSIA—to prevent local courts from interfering with the federal executive branch’s prerogatives over the conduct of foreign policy—it seems reasonable to think of the Chinese state for these purposes not as it is narrowly defined in the Chinese political system, but rather as a kind of collective encompassing both the CCP and the formal Chinese state structure. In other words, the Party-state. This concept is both more realistic and more congruent with the purposes of the FSIA. It would be nuts to think that Congress intended to allow courts in Missouri or anywhere else to offend foreign entities that controlled a Security Council seat and had vast armies and nuclear weapons at their disposal merely on the grounds that those entities didn’t meet some formal definition of “state.” Thus, we can think of both the CCP and the formal state structure as being “organs” of the (broadly defined) Chinese state (i.e., party-state).

In a recent blog post on the Missouri suit, Prof. Chimène Keitner of UC Hastings College of Law, who unlike me is an actual expert on the FSIA, reaches the same conclusion, and in fact this blog post was inspired by hers. She endorses the “party-state” concept, and argues that the issue of the CCP’s status as a state organ is already pretty much settled law in the U.S. Looking at the cases she cites, I’d say (assuming those are the only or the most relevant cases) that it’s maybe 90% settled: there are a couple of interesting gaps in the jurisprudence.

First, she writes that “a federal district court in New York found in a decision, upheld on appeal, that China Central Television is an instrumentality of China because it is the “mouthpiece of the Chinese Communist Party.” (Click on the links for the case reports.) But in those cases, the language she cites actually comes from the court’s recitation of the facts as alleged by the plaintiffs. The court’s decision is a bit more ambiguous. At one point it declares, “CCTV, as an instrumentality of the Chinese government, is a foreign state for FSIA purposes.” (Emphasis added.) It does not explicitly link CCTV to the Chinese government through its CCP connection, and indeed finds that it is “state-owned.” Later on, however, it does explicitly cite against the plaintiffs their own perhaps unwise claim that CCTV is a CCP mouthpiece: it connects this claim to a finding that CCTV was acting as the “voice of an official agency” and that its programs are “official commentary” of the PRC. In other words, there is certainly language suggesting a connection between the CCP and the Chinese state, but it also seems (given the finding regarding state ownership plus the voicing of official policies) that the court could have found CCTV to be an agency or instrumentality of the Chinese state without any reference to the CCP. Thus, we don’t have the really unambiguous holding, necessary as a logical matter to the resolution of the case, that it would have been nice to have for real clarity.

Prof. Keitner also writes that “a federal district court in Florida found that the Communist Party of Cuba is an agency or instrumentality of Cuba, a designated state sponsor of terrorism under the FSIA.” This case, like the first one, is a little less than ideal, because in this case the court found agency/instrumentality status in order to impose liability on the Communist Party of Cuba, not to relieve it of liability.

[APRIL 25 ADDENDUM: Prof. Keitner later added another interesting case to her blog post: that of Tachiona v. Mugabe, 169 F. Supp. 2d 259 (S.D.N.Y. 2001). In that case, a federal district court allowed a lawsuit to proceed against Zimbabwe African National Union—Patriotic Front (ZANU-PF), which was the ruling party in what was in effect Zimbabwe’s one-party dictatorship at the time. (That holding was later overturned, but only for improper service; the appeals court didn’t find any other objection to the district court’s jurisdiction.) Unfortunately the court did not undertake any analysis of whether ZANU-PF might be eligible for immunity; it seems to have taken for granted that the FSIA did not even arguably apply, and since ZANU-PF did not make an appearance to argue otherwise, it lost in a default judgment.) In one sense, therefore, the case is a good precedent on the plaintiff’s side in the Missouri case, but in another sense, it’s not, because the issue was never subjected to adversarial argument and so the court’s implicit assumptions are not very robust.]

But the small caveats above don’t seem strong enough to challenge Prof. Keitner’s conclusion—and again, she is the expert, not me.

These cases pose an interesting conundrum for China. In China’s official ideology, Party and state are indeed separate, and the Party officially insists that it is separate from the state, operates subject to state law, and does not stand above the law or the state. It will now have to argue—should it choose to appear in court—that it is not separate from, and is indeed part and parcel of, the Chinese state.

One important point on this: Foreign sovereign immunity is not an affirmative defense, which means it is not one of these arguments that the defendant must make or else lose the case. If the FSIA applies and provides immunity, the court simply has no subject-matter jurisdiction, meaning that whether or not the defendant makes the argument, the proceedings are void. Thus, even if he CCP chooses not to respond (and it can respond for the limited purpose of challenging the court’s jurisdiction, without conceding anything), the court will still need to decide first whether this is even an issue, and then if so look into the details and make the substantive decision on its own. Perhaps it will ask the executive branch to submit its views, as the Supreme Court did in Animal Science. I wonder what the executive branch will say?

[APRIL 25 ADDENDUM: The ZANU-PF case exposes a strange aspect of the FSIA. As I noted above, supposedly the question of sovereign immunity is not an affirmative defense and must be independently assessed by the court, regardless of whether the defendant raises it or not. But it seems that there is an unspoken threshold meta-issue that must, in fact, be raised by the defense, which is whether there is even an issue or not. Otherwise it would mean that in every single lawsuit against any defendant in every court in the country, the court would first have to conduct an FSIA analysis, even if very brief. Nobody, of course, is actually going to do that. If somebody sues me, Donald Clarke, in federal or state court, nobody imagines that the court must independently conduct an FSIA analysis of whether or not I am a foreign state, or agency or instrumentality thereof, entitled to immunity. Thus, it turns out the sovereign immunity is in a sense an affirmative defense that I would have to raise to get it considered. (And of course I would get sanctioned for frivolity.)

Because ZANU-PF did not make an appearance, what happened in practice is that it failed to argue as a defense that it was immune under the FSIA, and thus it lost by default, possibly for that reason. We’ll never know, because it never occurred to the court that there might be an issue there.

Suppose the court did decide that there was an issue regarding the CCP’s eligibility for sovereign immunity. It might then grant some kind of limited jurisdictional discovery. What would that look like? Would plaintiffs then send interrogatories to the Communist Party asking about its internal structure and relations with the Chinese government, demanding that it submit terabytes of internal emails and documents, and requiring Xi Jinping to sit down to be deposed? The mind boggles.]