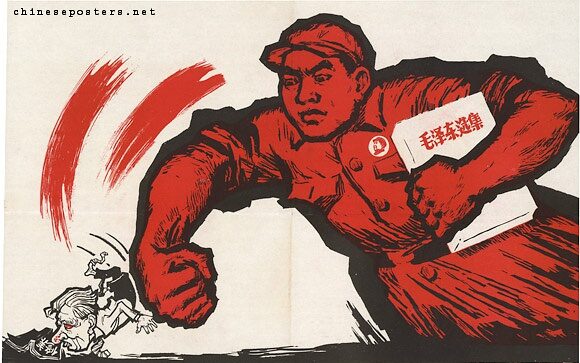 The latest Ping’an China Small-Group re-erects the stability maintenance steering machine that had grown significantly under Zhou Yongkang but was downsized in 2014 and disbanded in 2018.

Recently, a new organization, the Building Ping’an (peaceful and safe)-China Coordination Small-Group (BPCCSG), made its first public appearance (link in Chinese) in Beijing on 21 April 2020. The news has since stirred speculations among China observers, who suspect that this organization is set up as a response to the social discontents created by the mishandling of the Covid-19 and will be used to strengthen political policing of China’s party-state under its current leadership.

The predecessor of the BPCCSG

Currently, the BPCCSG is chaired by Guo Shengkun, the head of the Central Political-Legal Committee (CPLC). Its primary function is to coordinate efforts of various ministries and other regulatory bodies to promote and implement routine and contingent policy-initiatives related to the Building Ping’an-China program of the Party Center and State Council.

The BPCCSG is not a new invention. Its predecessor is the Central Public Security Comprehensive Governance Committee (CPSCGC), which was mandated (link in Chinese) to oversee the implementation of the Party’s policies involving public security and social stability. The CPSCGC was established in 1991. The CPSCGC’s objective (link in Chinese) is to preempt, mitigate and resolve social conflicts and to prevent and deter crimes so as to eradicate factors that may trigger and escalate social discontents to the extent where the one-party rule may be threatened. The means used to achieve this objective is to apply all governmental resources, including political, legal, administrative, economic, cultural, and educational instruments, to incorporate political and social stability as a primary goal of regulatory activities in all policy areas. The establishment of the CPSCGC is underpinned by the political philosophy which sees the perpetuation of monopoly by one political group over the state an end by and of itself and which entitles the ruling political group to equip itself with all necessary resources provided by the state to achieve that end.

The most favored tool of the CPSCGC is strike-hard law enforcement campaigns. These campaigns aim to achieve a high level of deterrence against a particular kind of harmful activity by increasing the chance of detection and the severity of punishment of such activities with concerted and intensified efforts from relevant regulatory bodies. The other popular tool of the CPSCGC is community-based surveillance.

Given the nature of its mission, the main player that leads the CPSCGC efforts is the Ministry of Public Security (MPS). But the CPSCGC also coordinates efforts of other participating regulatory actors, including propaganda, cultural, educational regulatory bodies regarding political education, banking regulators regarding financial crimes, regulators of industrial production, public transport, food and drugs regarding safety measures and violations, and even telecommunication providers for telephone-based fraud.

Office-sharing of the CPSCGC and the CPLC

Similar to the office-sharing practice of the Central Commission of Discipline and Inspection and the National Supervision Commission, the CPSCGC shares its office with the CPLC.

Office-sharing, as a rather peculiar way to conduct the business of public administration in China’s party-state, is ordained when the mandates of the institutions that are subject to this practice have a significant degree of overlap. For instance, to secure political order and social stability is the first and foremost goal of the work of both the CPLC and the CPSCGC.

Office-sharing means sharing an office, literally. It means the staff of the two institutions overlap to a great extent and they share the same office space. For instance, the head of the CPLC is also the head of the CPSCGC. Almost every member of the steering committee of the CPLC is also appointed to the steering committee of the CPSCGC. The CPSCGC has a secretariat under its own name and a few functional offices to implement its own policies but all these offices are housed by the CPLC.

On the other hand, the institutions that are subject to office-sharing are not identical. In the case of the CPLC and the CPSCGC, they are distinctive in both constitution and mandate/competence. For the former, the CPSCGC has many more participating members than the CPLC: the CPLC has five more or less fixated participating members, i.e. the Ministry of Public Security, Supreme People’s Court, Supreme People’s Procuratorate, Ministry of Justice, Ministry of National Security, whilst the CPSCGC has a much broader membership (as explained above), which fluctuates periodically (to be explained below).

In the past, the CPSCGC had conducted law enforcement campaigns in but not limited to the following areas:

The expansion and termination of the CPSCGC

The activities of the CPSCGC had reportedly expanded significantly under the leadership of Zhou Yongkang, who had served as a deputy secretary of the CPLC and CPSCGC in 2002-2007 and then the chief of both institutions in 2007-2012.

At its interception, the CPSCGC had 32 participating members, which grew to 39 in 2005. In 2011 under Zhou’s leadership, the CPSCGC expanded its jurisdiction beyond safeguarding public security but to conducting “social management”. Thus, the number of its participating members had grown from 40 to 51 (link in Chinese). The new committee was also mandated to impose obligations upon non-public institutions to providing assistance in social management. To reflect such change, the CPSCGC was renamed as the Central Social Management Comprehensive Governance Committee (CSMCGC).

However, the development of the CSMCGC was arrested after Xi Jinping took power and disgraced Zhou Yongkang for corruption and other crimes. The downgrading took place first when the head of the CPLC-CSMCGC lost his seat in the Politburo Standing Committee in 2012. Two years later, the CSMCGC was decreed to change its name (link in Chinese) back to the CPSCGC and its activities were scaled back accordingly.

In 2018 the CSMCGC was abolished (link in Chinese) altogether during the reorganization reform. Its functions were assigned to the CPLC, which turns out to be only temporary. As explained earlier, the mandates and activities of the CPLC are not identical to those of the CPSCGC. To put it plainly, the CPSCGC was created for a reason. Since the activities undertaken by the CPSCGC are still valuable if not indispensable for the current administration, it is therefore not surprising that now the BPCCSG is created to fill the administrative void (link in Chinese) left by the abolishment of the CPSCGC.

As mentioned at the beginning, the BPCCSG is not new. Nor is the concept of ping’an (peace and safety) building. The term was first employed by the Hu Jintao administration early on during his first term of office. Tucked under the framework of harmonious society, which later became Hu’s political legacy, the concept of ping’an jianshe (peace and safety building) appeared frequently in policy documents (link in Chinese) and was expanded and operationalized by the CPLC-CPSCGC during 2002-2012.

Linguistically, Xi Jinping’s ping’an-China is a modification of the ping’an jianshe of his predecessor. The difference, if we have to find one, is that ping’an jianshe (peace and safety-building) portrays labored activities (one conjures heavy-lifting construction work), whilst “ping’an China” projects an aspiration, a destination and a place of peace and safety where all those building endeavors will lead to.

Other than this subtle differentiation, the BPCCSG bears almost all features of the old CPSCGC except that it takes the form of a small-group instead of committee. As I had explained elsewhere, the small-group is more an ad hoc arrangement and indicates no permanent staff on bianzhi but it can be “upgraded” into a committee over time.