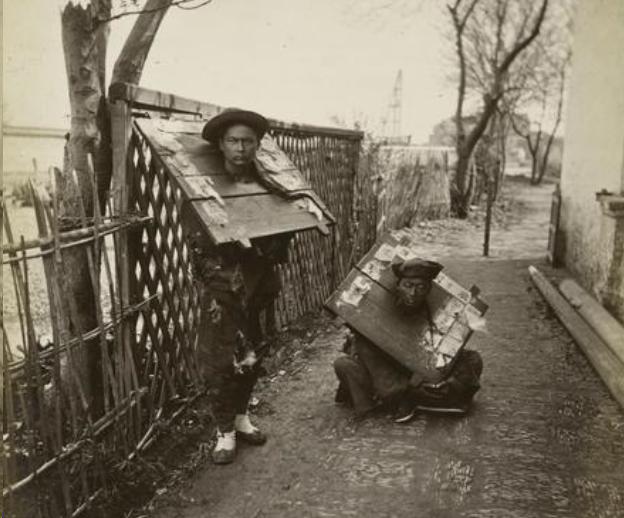 The following is a guest post by Prof. Andreas Fulda of the University of Nottingham. It began life as a Twitter thread and he has kindly accepted my invitation to turn it into a blog post.

In this German-language report Friederike Boege and Michaela Wiegel—two journalists from the Frankfurter Allgemeine Zeitung (FAZ)—write about the Chinese Communist Party’s attempts to ‘control the global narrative about China’ with the help of ‘defamation and intimidation’. This report published on 24 March 2021 is remarkable for a number of reasons. In the past there has been a great reluctance among German elites to pick a fight with the Chinese Communist Party. But now that the Chinese party-state has sanctioned the widely respected German think tank Merics things will change.

As the two German journalists point out, Merics is hardly a hawkish think tank. Under Mikko Huotari’s leadership it has gained a reputation of being both critical and constructive. Merics is widely respected, both within the German government and academia. It should go without saying that it is completely unacceptable for the CCP to sanction an independent think tank. But I would add that for the CCP to single out the widely respected Merics is also a colossal strategic blunder by Xi’s ‘wolf warriors’.

In the following I would like to highlight and translate some of the key points of Boege and Wiegel’s excellent article in FAZ. The two authors write that by sanctioning Merics “Beijing wants to decide who in Europe talks or writes about China and how”. The article quotes Huotari as saying that “we are apparently seen as an institute that has an influence on European debates”. The authors bemoan the “closing of dialogue channels” which will deprive Europe of insights into the complex political situation in China. The authors also quote Mathieu Duchâtel from Insti­tut Montaig­ne. He critiques the CCP’s lack of willingness to engage in a robust debate with its critics in Europe. Duchâtel also points out that Beijing’s retaliatory sanctions far exceed the initial Western human rights sanctions.

The two journalists also critique the Chinese party-state’s instrumentalisation of western foreigners—e.g. ‘obscure academics and YouTubers’ who are willing to ‘sing Beijing’s songs’. They then recount how European China specialists who are critical of the CCP have been at the receiving end of defamation and intimidation. They describe how Antoine Bondaz, Adrian Zenz and I myself have been subject to smear campaigns and cyber bullying. In one of their concluding paragraphs the authors rightly point out that “of course, none of this has meant that criticism of China has subsided. On the contrary.” It is my sincere hope that Western China specialists will continue to speak their mind without fear or favour.