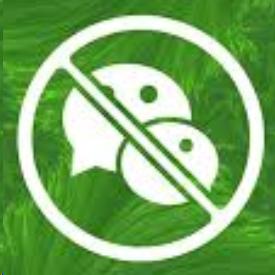 The ban on WeChat will not cut people in the US off from their friends and family in China. They communicated before WeChat existed and will continue to do so if it’s banned. There are many quite serviceable alternatives. And who exactly is bigger in the banning business, anyway?

I’m seeing a lot of what seem to me to be overwrought reactions to the WeChat ban on my Twitter feed. For example, when the ban was first mooted by Pompeo, Stuart Lau of the South China Morning Post tweeted that if it went through, “countless Chinese people who live in the US could be cut off from their friends and families in China, where WhatsApp or Facebook Messenger is banned.”

First, can we please remember that before WeChat existed, people somehow managed to communicate between the US and China, and it wasn’t difficult? At this very moment, there are a number of ways that it can be done: telephone calls, text messages, email, WhatsApp, Signal, and let’s not forget QQ, another TenCent app that does basically everything WeChat does in terms of communication, and used to be widely used in China before it was supplanted by WeChat. So before you tell me that people won’t be able to communicate with friends and family in China any more, you need to explain (a) why what they did before WeChat won’t work any more, and (b) why none of the communications methods I’ve mentioned above won’t work any more.

I get that WeChat has many convenient functions and a great interface that people like. That’s why it’s been so successful. But come on, people: the idea that banning it cuts off communication between people in the US and China is silly.

Second, let’s suppose for the sake of argument (but only for the sake of argument) that banning WeChat did indeed seriously impinge on the ability of people to communicate between the US and China. Where does the fault lie, causally speaking? To figure that out we need to ask why alternatives are not available, and who is responsible for that. Two alternatives are (as the Stuart Lau post notes) Whats App and Facebook Messenger. There is also Line, a communications app that is widely used in Japan and Taiwan, with over 700 million users worldwide by 2017, according to the Wikipedia entry. But they are all banned in China. So it is a bit hard to say that it is the ban on WeChat that is making communications difficult. The Chinese government is the one that is actively in the banning business, and they’ve got a big head start on the Trump administration.

Incidentally, this post should not be read as an endorsement (or criticism) of the ban, either as to its policy merits or as to its legal merits. I’m commenting solely on the question of its effect on transnational communications.

5 thoughts on “Overreactions to the WeChat ban”