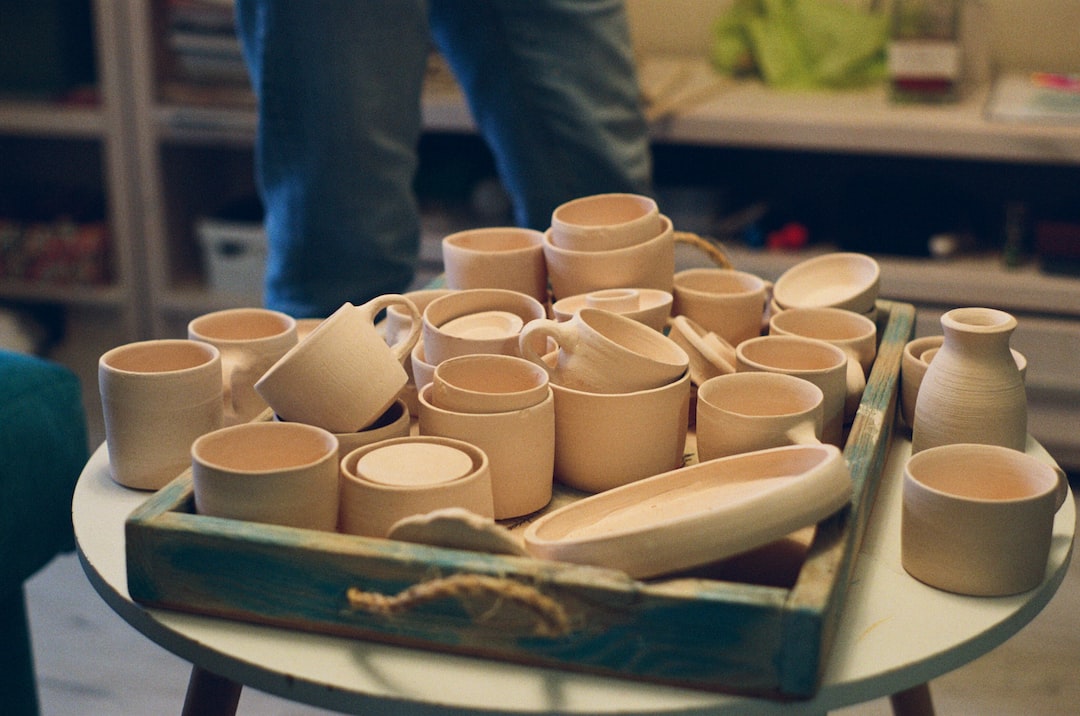 On Dec. 9, the Uyghur Tribunal issued its summary judgment on the Chinese government’s responsibility for what is happening in Xinjiang. (The full judgment has not yet been issued.) There has already been quite a bit of reporting on its main points, and there’s no need for my particular two cents on those main points here. But I do have comments on a few possibly secondary issues.

One aspect of the judgment that is semi-important but probably won’t be remarked upon is that it shows as false the often-heard claim that Western governments and their puppets are promiscuously slinging around the G-word, or are in some other way out to get China on this issue. The impression one gets from reading the judgment is that for the most part, they wish the issue would just go away. As the Tribunal states, “The duty to act as soon as a state learns of a genocide has rarely been acted on. Instead, awareness of the duty may have made states disinclined even to acknowledge genocides may be happening to avoid the duty that would drive them to act.” The Tribunal itself – a non-governmental body – exists only because no government wanted to get into the business of publicly investigating the issue: “These allegations have not been dealt with in a public evidence-based way by the UN, by courts, national or international, or by governments save – without publication of its reasoning – by the US.” Footnote 22 lists various parliamentary and quasi-parliamentary actions implicating the G-word, but none of these represent statements of actual governments.

The Tribunal considered the Pompeo/Blinken declarations of genocide to be of no value because its “requests to the US Secretary of State for evidence and reasoning have been denied.” Para. 67 recounts other unfulfilled requests for evidence made to the governments of Japan and the UK, as well as to the New York Times.

[This section slightly re-written since the original posting to clarify that the Tribunal did find one prong of the definition of genocide satisfied.] The Tribunal’s discussion of genocide, at Paras. 172 et seq., is extremely cautious. This is appropriate. But it is absolutely critical to remember two things, especially in light of the misuse Chinese government apologists will undoubtedly make of this discussion. The Tribunal found genocide only on one prong of the Genocide Convention’s definition: the prevention of births (Para. 190). And it was somewhat diffident about that, noting in Para. 182 that it depended on “whether the ‘part’ subject of the intended destruction would qualify.”

First, as the Tribunal points out, genocide is not the king of crimes, and many other crimes can be worse than some acts that meet the definition of genocide. Therefore, it would be a serious error to believe that the caution on genocide means that other, graver crimes are not occurring. (What the Khmer Rouge did was not genocide.) I am certain that apologists will try to make full use of the caution on genocide to try to imply that that means things aren’t so bad. Please read Philippe Sands’s excellent piece on this issue and don’t fall into this trap.

Second, the Tribunal’s conclusions about genocide were based on the “beyond a reasonable doubt” (BARD) standard familiar from the criminal law. This means it could well have found that it was more likely than not that genocide was occurring with respect to other prongs of the Genocide Convention’s definition. The Tribunal did not say, and that is unfortunate.

Whether the Tribunal was correct to apply the BARD standard is a complicated question. I think that on balance it should not have done so. That standard comes from criminal law as applied to individuals. It represents a judgment that when you’re talking about sentencing someone to prison or death, you’d better be pretty damn sure, and that the cost of wrongly convicting is much higher than the cost of wrongly acquitting. The stakes are much higher for the defendant than they are for the community, represented by the prosecution. The defendant is unjustly destroyed by a wrongful conviction; the community pays a cost for a wrongful acquittal, to be sure, but it is not unjustly destroyed by it.

In circumstances where the relative and absolute stakes are different, then, it makes sense to think about using a different standard of proof and not unreflectively importing the standard for individual criminality. This is what the common law does in tort cases, for example: the penalty will be a fine to make up for economic loss, and so the law finds no reason to systematically load the dice in favor of, or against, plaintiffs or defendants, and gives judgment to whichever side meets the preponderance-of-the-evidence standard – i.e., the side that can show that its version of events is more likely than not. Put numerically, anything over 50% is good enough.

In international law, states can be held responsible for a wide variety of things. A set of general principles is spelled out in the International Law Commission’s 2001 Draft Articles on Responsibility of States for Internationally Wrongful Acts. Nothing in the Draft Articles supports the importation of the standard for individual criminal liability into the realm of state responsibility. In many cases, preponderance of the evidence (a likelihood of over 50%), not “beyond reasonable doubt”, is the standard for state liability. In other cases, such as the Trail Smelter Arbitration, a higher standard of “clear and convincing evidence” – one that is understood to mean less than “beyond a reasonable doubt” – has been applied. (For a very helpful discussion of the various standards, see pp. 165-168 of James A. Green, Fluctuating Evidentiary Standards for Self-Defence in the International Court of Justice, 58 Int’l & Comparative Law Quarterly 163 (2009).)

The International Court of Justice, which deals with state-to-state disputes and is not a criminal court, seems to apply a shifting standard, depending on the importance of the issue and the nature of the fact to be proved. In general, the more serious the charge, the higher standard of proof required.

(For anyone interested, the matter is further explored in Andrea Gattini, “Evidentiary Issues in the ICJ’s Genocide Judgment,” Journal of International Criminal Justice 5, no. 4 (September 2007): 889-904. It’s important to look at cases with states and not individuals as defendants, where the application of the BARD standard is much less problematic.)

At first glance, this principle of “the more serious the charge, the higher standard of proof required” might seem to make sense. But we have to remember that we are no longer in the realm of criminal law with an individual as the defendant. We are now talking about finding a state responsible for some action. And here, the defendant-centered approach that asks about the stakes only from the defendant’s point of view is wrong, because it’s incomplete.

Thus, the idea that the standard of proof should go up along with the seriousness of the charges is not universally valid. In some cases (e.g., charges of ongoing genocide or crimes against humanity), it is the very seriousness of the charges that make a high evidentiary standard not appropriate. Moreover, unreflectively importing the criminal law standard used in domestic legal systems ignores the difference between an institution that can, by its decisions, impose punishment on an individual, and an institution whose decisions carry no coercive force at all.

As my colleague Ralph Steinhardt puts it, “Individuals don’t get to hide behind the state after Nuremberg, and states should not hide behind standards meant to protect the individual.” There are no good grounds for exporting the BARD standard into the law of crimes against humanity or genocide. To quote Prof. Steinhardt again, “The standard of proof should be read in light of the problem being addressed, and under-inclusiveness was precisely not what the drafters of the Genocide Convention had in mind.”

Finally, it is worth noting that the Bosnia case quoted above, which seems to be a leading case on this question, does not actually endorse the BARD standard. It does reject Bosnia’s proposed preponderance standard. But it also seems to go out of its way to avoid saying “beyond a reasonable doubt.” Instead, it uses language such as “fully conclusive,” “clearly established,” and “high level of certainty.” This is closer to the “clear and convincing” standard than to the “beyond a reasonable doubt” standard. (For those who are not lawyers, the terms “preponderance,” “clear and convincing,” and “beyond reasonable doubt” are technical terms that are well understood to represent different, ascending levels of certainty.)

To sum up, then, the proper standard for an international legal tribunal would not have been higher than that set forth in the Bosnia case: “clearly established” or “high level of certainty,” which seems little less demanding than “beyond a reasonable doubt.” And there are good arguments that it should have been lower.

Given the above, and the fact that the Tribunal is not a state-recognized international legal tribunal, it’s unfortunate that the Tribunal chose BARD as its standard. I understand why it did so – to give more weight to whatever it did find – but that would have been most meaningful in an environment where large numbers of people accepted it as an unbiased judge. I don’t think that’s the world we’re in.

In any case, regardless of whether one thinks the standard is the right one, the fact is that failing to find genocide on various prongs of the definition (in many cases because of inadequacy of evidence of intent) beyond a reasonable doubt in no way implies that the evidence doesn’t justify a finding of genocide by any of the less demanding standards discussed above – for example, preponderance of the evidence. I think the Tribunal would have done well to tell us what it would have found under such a standard.

The critical policy question remains: what should individuals and governments do if faced with evidence that genocide more likely than not is occurring where the Tribunal declined to make a finding? Should they do nothing on the grounds that it’s not proved beyond a reasonable doubt? That can’t be the right standard for action, since it fails to take into account the potential harm from doing nothing and focuses solely on the possible harm to the unjustly accused party.

And again, of course, the Tribunal did find beyond a reasonable doubt that one type of genocide was occurring, and that all kinds of other crimes had been committed, including crimes against humanity as defined by the Rome Statute of the International Criminal Court. It’s important not to let arguments about genocide distract from that.