In late April, Caixin Media and Hu Shuli sued Guo Wengui in New York state court for defamation and other matters. Here’s a copy of the complaint. If you haven’t been following the case (and if you follow Chinese affairs, there’s no excuse for not knowing about Guo Wengui), here are some links. Note that these stories often have helpful links within them.

Another target of Guo’s, zillionaire real estate developer Pan Shiyi, has also apparently sued him for defamation in New York, although I haven’t been able to find the complaint on line.

Surely it’s got to be more than coincidence that everyone is suddenly suing Guo at the same time in New York. In fact, that Pan and Hu Shuli worked together in these lawsuits seems indisputable, judging from their court filings. Although as noted above I don’t have Pan’s entire complaint, a copy of the first page of it (actually, a draft dated June 1, if I read the footer in the fuzzy photo correctly) appeared in the South China Morning Post news report above, and (with the exception of the different plaintiff names) it’s identical, word for word, to the first page of Hu’s complaint. It wouldn’t surprise me if they were using the same law firm (Skadden Arps), but perhaps others can decipher the fuzzy footers better than I. See for yourself: 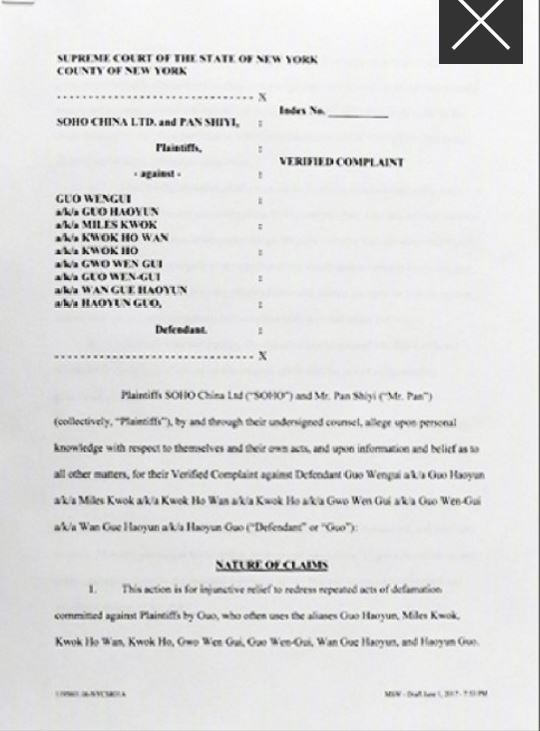 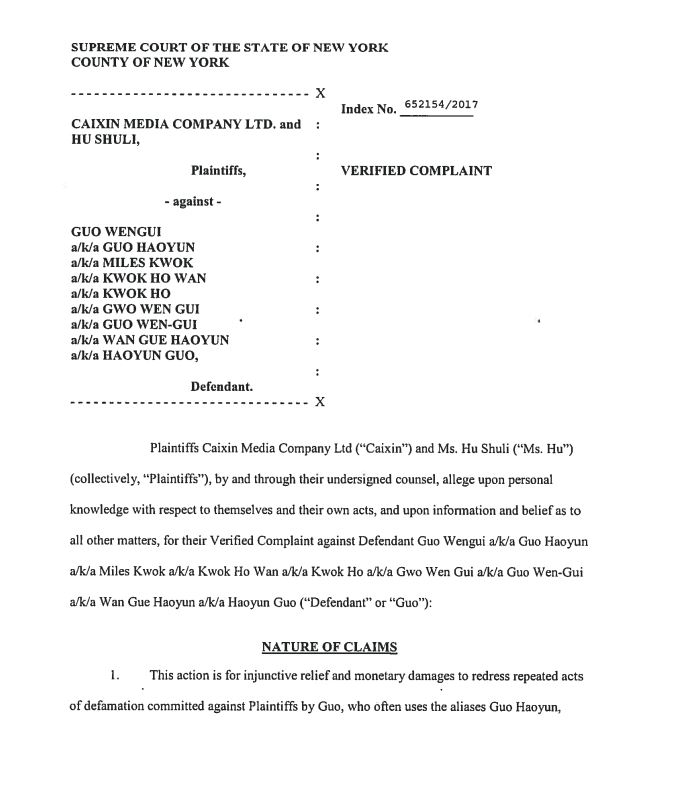